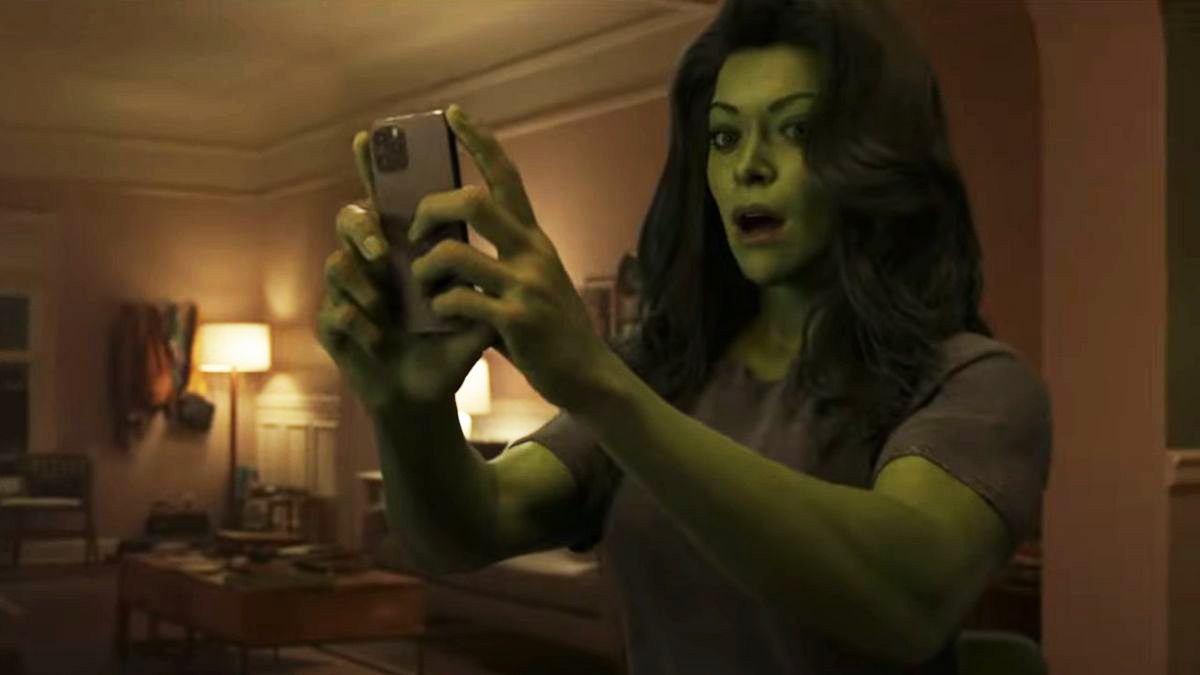 Marvel has released the first trailer for the upcoming She-Hulk series on Disney+, She-Hulk: Attorney at Law.

She-Hulk is the latest original series from Marvel Studios. It centers around the comic superhero She-Hulk, otherwise known as Jennifer Walters.

The series will follow her story as she “navigates the complicated life of a single, 30-something attorney who also happens to be a green 6 foot 7 inch superpowered hulk.”

Apparently, the series will take the form of a legal comedy. It will have nine episodes in total, and it airs on August 17th. You can check out the first trailer below.

The trailer opens with the voice of Mark Ruffalo, before showing Jennifer Walters and her life. Then we see Ruffalo’s Hulk in action, and Walters hulking out.

Mark Ruffalo won’t be the only returning star from the MCU either. It also stars Benedict Wong as Wong, alongside Tim Roth as the Abomination. The cast also includes Jameela Jamil, Ginger Gonzaga, Josh Segarra, Ron Bass and Renee Elise Goldsberry.

The show looks like it’s going for a more lighthearted approach with plenty of comedy. There’s bound to be some action in there of course, but it definitely looks like it’s shooting for that comedic tone.

Fans have questioned the quality of the CGI, though. It definitely doesn’t look like Marvel’s best, but we’ll have to see how good it is in the full series. Hopefully it isn’t too distracting in the final product.

She-Hulk: Attorney at Law will premiere on Disney+ this August – the latest in a long line of MCU shows.