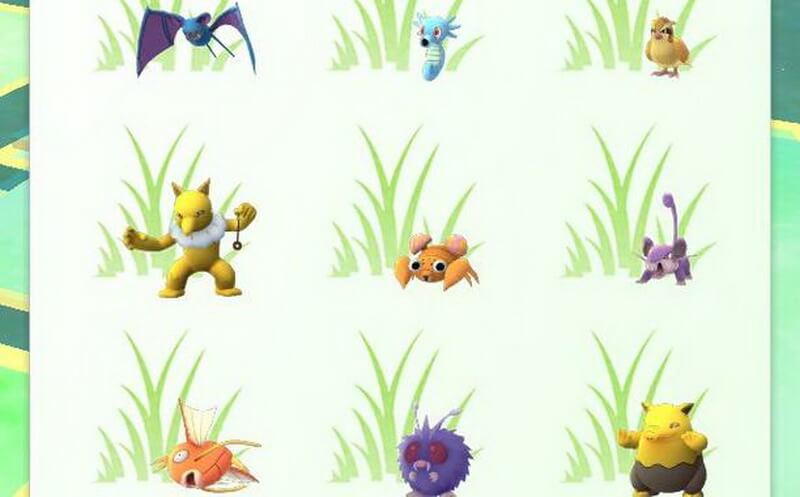 It looks like Niantic has increased the variety of the spawns in Pokemon Go. Several players from different places have mentioned that they can now see a larger variety of Pokemon spawning in the game than before.

Earlier, there were complaints from many players, especially those living in rural areas, that they were only getting Rattata, Weedle, Pidgey, and Zubat to spawn.

If this is true, it is probably a step in the right direction taken by Niantic because this could make the game more interesting for players. The topic has been discussed by players in the Pokemon GO subreddit, and a lot of players feel that there is an increase in the variety of Pokemon spawning in the game. One of the comments on Reddit by a player reads:

Did we just get wider pokemon variety in rural areas? My picture is incredibly unusual. Voltorbs or Golbats never spawn here and bellsprouts are rare, it’s usually the normal pidgey/caterpie/weedle or very rarely eevee/paras.”

Rare sightings in rural areas are actually very unusual. However, one trainer managed to get a Lapras in a rural area. He mentioned:

“Can confirm the increase of rare spawns.”

Although a lot of players have started seeing a larger variety of rare spawns, Niantic hasn’t issued an official statement on this yet. All we can do is to hope these rumors have some truth to them.

These aren’t the only changes that the secret update might have bought with it. Here’s the full list of ninja changes Niantic has done to the game overnight.

All of these are welcome changes and players are bound to enjoy the game more as a result.