Last Sunday’s episode of The Walking Dead wasn’t only notable because it was season six’s finale. It was also the formal introduction of Negan and his bat Lucille, who’re two of the comic’s biggest foes. Their introduction produced one of the comic’s most iconic scenes, yet the television adaptation managed to screw it all up.

In the comic, Negan uses Lucille to viciously bash Glenn’s brains in front of Rick and the Survivors. When Negan (played by Jeffrey Dean Morgan) does the deed in the television season, the camera switches to the first-person perspective of the victim, so we don’t get to actually see who’s on the receiving end until next season.

This angered a lot of fans mainly because of the mediocrity of the preceding 90 minutes and how season six spent its time building toward a moment that we won’t actually see until autumn. The decision to do this defied logic for many.

That was one of the worst cliffhangers in TV history! #TWDFinale

90 mins wasted… Thanks. My exact face plus some Spanish profanity #TWD #twdfinale pic.twitter.com/22L7ltNJXK

During the Talking Dead aftershow, showrunner Scott Gimple said that the revelation of who dies is the start of a new story that will be explored in season seven. But the online backlash got so bad that Gimple was forced to address it on air.

Fans believe that it’s either Glenn or Daryl at the end of that bat. Of course, Glenn’s the one who gets brained in the comic. Norman Reedus, who plays Daryl, has an upcoming reality show on AMC. He’d definitely have time to do so if Daryl is dead. 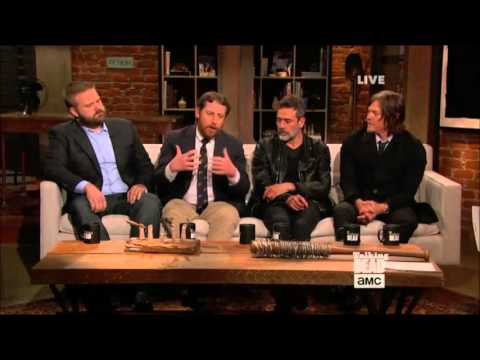