We’re still a ways away from Rise of the Tomb Raider showing up on PS4, but for the time being let’s take a look at how this game looks on Xbox One compared to PC.

At the end of the day, you probably don’t really care about a few shades here or there, and you’re going to play it on your favorite platform either way, but it’s always interesting to take a look at some of the differences from one system to the next.

Let’s start with some facial textures.

Look at the details on the rocks, shadows on the shirt.

Her right leg shows the most distinct difference in this one.

Look at the shadowy areas and compare them.

You’ll notice the biggest difference by looking at Lara herself.

Noticing any patterns yet?

Here’s a couple more before we get right into the video.

Looking at screenshots can only show you so much, so here’s a video that’ll allow you to actually see these comparisons in action. 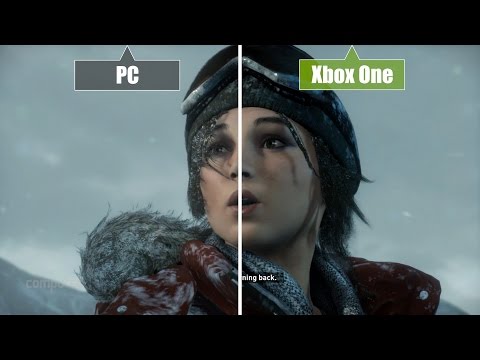 It’s unclear what settings the PC version was running on. It makes a big difference whether it was running on a box that’s comparable to Xbox One, or if it was running on a high-end gaming rig at maxed-out settings. In either case, we’re always happy to see games getting released on every platform so that everybody has the chance to enjoy them, regardless of where they prefer to do their gaming.

Frag In Style With These New Oakley Gaming Glasses