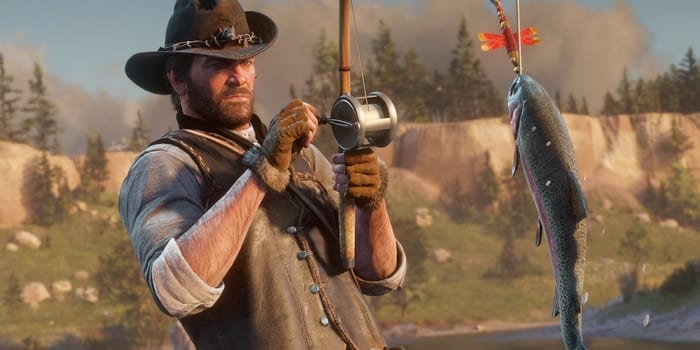 It’s been a good few months since the launch of Red Dead Redemption 2, but gamers are still discovering things that the game has to offer.

One of the most recent discoveries has gotten players on Reddit all excited as it seems to offer players something they’ve been asking Rockstar for for a long time – more duels.

A Redditor by the name of A_Green_Flower shared the news with the r/reddeadredemption subreddit. In a post entitled “I’m 98% through the game, and I only just found this amazing feature,” the user wrote: “If you stand in front of any NPC with a gun as you’re roaming around and hold RT/R2 lightly to ‘draw’, they will say a unique line and hold their hand at the ready in return. If you continue to hold the trigger, they will draw their gun and shoot, like an impromptu duel.

“Sorry if this is old news, but I love old West duels and was disappointed to find that there were so few throughout the game, so when I found out this was a feature I was amazed.”

The post has received a lot of love on Reddit, where hundreds of people have shared their shock and appreciation over the discovery.

In the comments, the OP added: “Each NPC has their own unique line, along the lines of: ‘You don’t want to try this with me’ And it seems different from the usual antagonise response lines. I can’t believe it took me this long to figure out you could do this!”

To duel with NPCs every time make sure you do the slow draw with Deadeye.

One Redditor wrote up a handy guide on the topic, if you’re struggling: “Slightly press R2 until the meter shows up in the bottom right. Continue to hold part-way as the meter fills. When the meter is filled, fully depress R2 which will begin dead-eye at which point you can fire or tag your target. Press R2 again to fire.

“Note that you need to pay attention to your opponent if you should happen to need to press R2 to begin dead-eye earlier, if for example they’ve beaten you to the draw slightly. The more full your meter is before the first R2 full press, the closer your targeting reticle will be to a kill shot, so basically less required movement before firing.”

Check out the thread in full right here.

Did you know you can duel with ALL NPCs in the game?