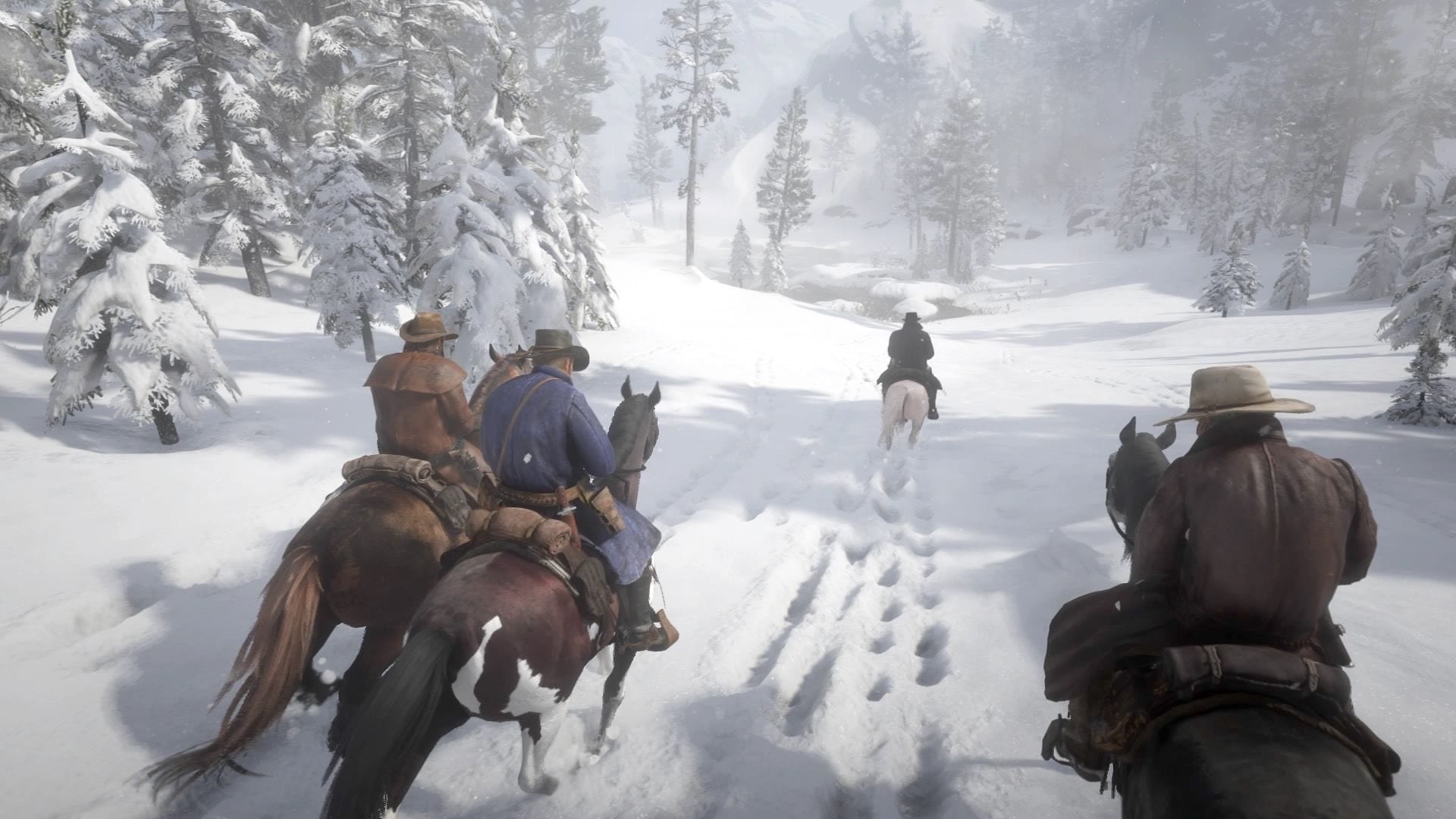 Red Dead Redemption 2 has been out for nearly two months now and people are still discovering new things about the game. One set of players are dedicated to trying to get themselves out of the map and into completely new and never seen before areas. One of these players has managed to get themselves to an area of the map that was previously thought to be un-enterable.

A user by the name u/Huntroploria made a post on the popular /r/reddeadredemption Sub-Reddit stating this: 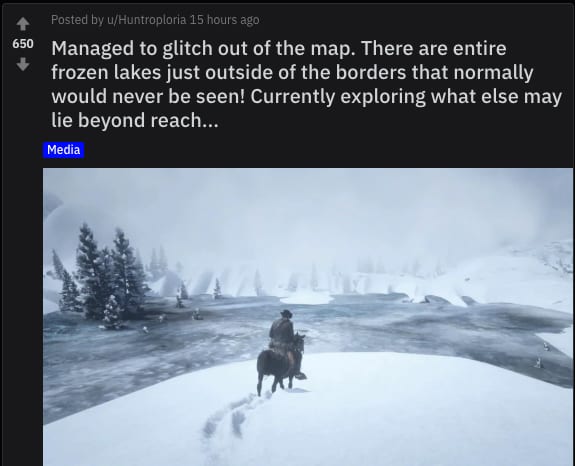 As you can see from the image there are trees that are half covered by a frozen lake which you can’t find anywhere actually in the normal, enterable area. What makes this area particularly interesting is that there are actually animals in it. Players have managed to also glitch out of the south of the map in ‘Mexico’ but there were no animals and no trees etc. However the original poster said in one of the comments that the animals won’t run away from you and will just let you walk up next to you. Weird.

Here is the video of how to reach this ‘new’ area of the map: 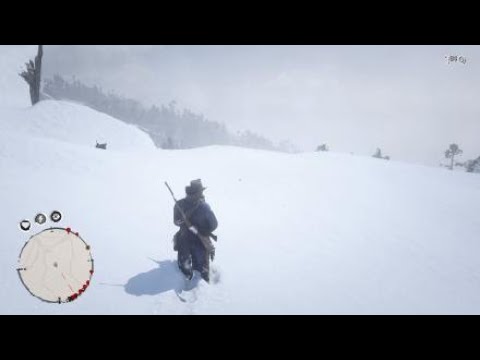 This has made players think that it could be some sort of DLC area or an area that will get updated in the future. I for one would love to see a little inhabited town up in the mountains along with some cool new quests and goings on. It seems I am not alone either user TheAmazingAutismo said this in the comments of the thread:

There needs to be more snowy areas in the game. Here’s hoping for a northern DLC.

to which user Xisayg replied:

That’d be awesome, like Charles’s journey to Canada or even young Hosea growing up in the mountains and meeting Dutch just before the Civil War

Now that would be some incredible DLC.