Ratchet & Clank: Into The Nexus has been formally announced by Insomniac games as a PS3 release scheduled to release later this year.

The game will be titled simply Ratchet & Clank: Nexus in Europe and will release in northern Autumn for $30.

The new game in the series is a single-player epilogue to Tools of Destruction and A Crack in Time. Ratchet and Clank will visit new sectors of space and new planets and we will see a return of Captain Qwark, Talwyn, Cronk and Zephyr to the series. There will be a bevy of weapons and gadgets like Winterizer, Nightmare Box, Repulsor, Vortex Grenade, Grav Tether, Fusion Grenade and Nether Blades. Also, Clank will have new abilities like altering gravity and manipulating objects.

The announcement was hastened by the leak of information of the game due to a website error; details of the game were posted on Insomniac’s website before being taken down.

A trailer was released to mark the occasion along with some screenshots. Check them out below. 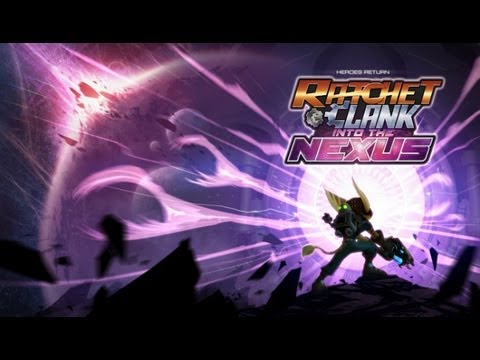