One of our favourite providers of YouTube hilarity, Gamingvid, is back with yet another compilation of funny and random gaming moments. We all know that everyone appreciates games with a great story and tight gameplay. However, for every great gaming memory where something scripted and epic happened, there are at least four more featuring complete and utterly random nonsense.

It’s this random nonsense that usually sticks for the longest, and gives us the best memories. The new video from Gamingvid is shown below, and it’s full of all that wonderful nonsense. Do yourself a favour and give it a watch. Maybe you’ll make a few more great memories while you’re at it. 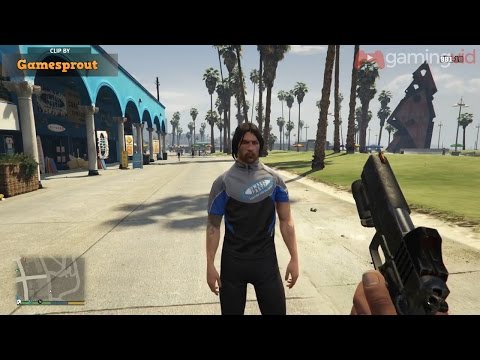 Below, I’ve included a couple favourite picks of mine from the video that I found particularly funny.

This poor sod was just enjoying their time merrily killing and pillaging in GTA V, when, in the middle of stealing a car, some ragamuffin comes along and throws some dynamite on their windshield. Talk about ruining your day.

However, some may say they deserved it a little; You know, because of all the shooting, killing and stealing and what not. Either way, it makes for amusing viewing.

This one is great. The player is casually walking down the street in first-person mode in GTA V when they happen to pass an NPC going about their day. They exchange pleasantries as they pass, but then the player’s character curses at the NPC (because GTA). The NPC then turns around, unamused at being treated this way, and starts getting aggressive with the player.

When this happens, the player whips out his gun, and all of a sudden the NPC changes his tune completely, apologising for his upsetting the player. It’s amazing how polite even AI driven brains can be when confronted with a gun to the face isn’t it?

If you enjoyed this vid, don’t forget to check out other videos by Gamingvid, including when trolls play video games and other random gaming moments.