A new action packed trailer of Rambo: The Video Game, developed by Teyon, has been revealed by Reef Entertainment. The new trailer showcases none other than young Sylvester Stallone back in the shoes of the action hero Rambo.

Looks like a fun nostalgia trip for all the fans of Rambo series as the trailer shows off Rambo in a dense jungle taking out enemies one after the other followed by a sequence of bursting lethal action.

Rambo: The Video Game doesn’t have an official release date quite yet but an expected release is sometime early this year for the PlayStation 3, Xbox 360 and Microsoft Windows. 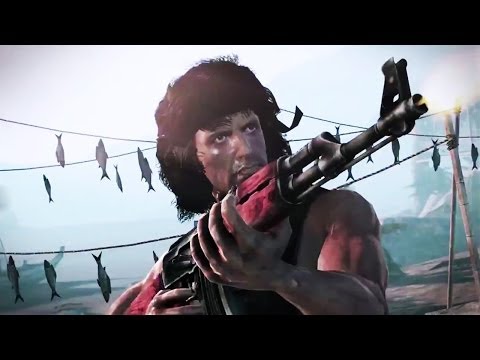