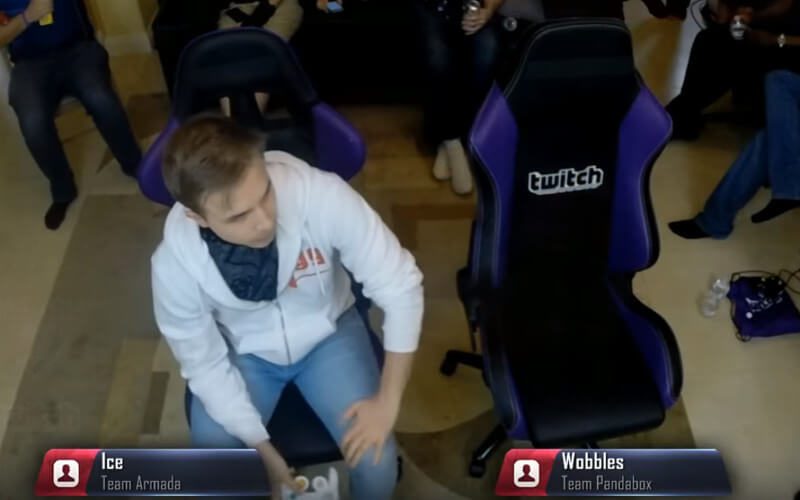 Super Smash Bros. is a game that a lot of us hold dear to our heart. Many was the hour spent among friends and comrades, battling it out with classic characters such as Mario or Starfox or Captain Falcon in front of a small screen in your parents living room.

However, Super Smash Bros. was not all fun and games (or game, in this case). Thanks to some characters techniques being a little more easily abusable than others (I’m looking at you, Meta Knight), even lifelong friendships could be ended in the span of a single match. Bitter blood feuds last to this day between once close allies, simply because someone decided it was a good idea to play as Sonic The “Spin-To-Win” Hedgehog.

You may think that a professional player of such a game would surely have built a tolerance to the crushing disappointment and frustration for which Super Smash Bros. is infamous. However as you’ll see in the video below, even one of the best players can succumb just as easily as the rest of us mere mortals.

In the top left hand corner of the video, Wobbles (the player in question) and his competitor Ice can be seen. If you skip to 0:25 (picture included for your convenience), you can see the exact moment Wobbles loses his cool, and video evidence for a legal case about abuse against innocent controllers.

This isn’t the first time Wobbles has lost his temper with Super Smash Bros. either. In the video shown here, at around the 2:35 mark, you can hear him once again smashing a controller into oblivion against the floor after losing a match.

Now, credit where credit is due, Wobbles immediately recovers from his outburst in the video shown on this page and respectfully shakes the hand of his victorious competition. That is a sign of excellent sportsmanship and professionalism.

However, Wobbles’ respectability does falter somewhat as he takes the title of the game too literally and proceeds to smash a hole in one of the walls in the room.

If you skip right to the end of the video, at 0:58 (again, picture included for your convience), you should be able to see the hole Wobble has created in his post-game fit of rage. It can be a little quick to see, so an image of it is included below.

Smashing his controller on the ground is one thing- that’s an immediate physical reaction to an unfortunate turn of events. However, damaging the environment of the establishment hosting your competition is extremely childish and disrespectful, especially for someone who is not only a grown man, but is supposed to be a “professional” as well.

Wobbles may be an excellent Smash Bros player, but he still has some things to learn about being a respectful adult. A few lessons in Tai-Chi and anger management classes would probably serve him quite well in the future.