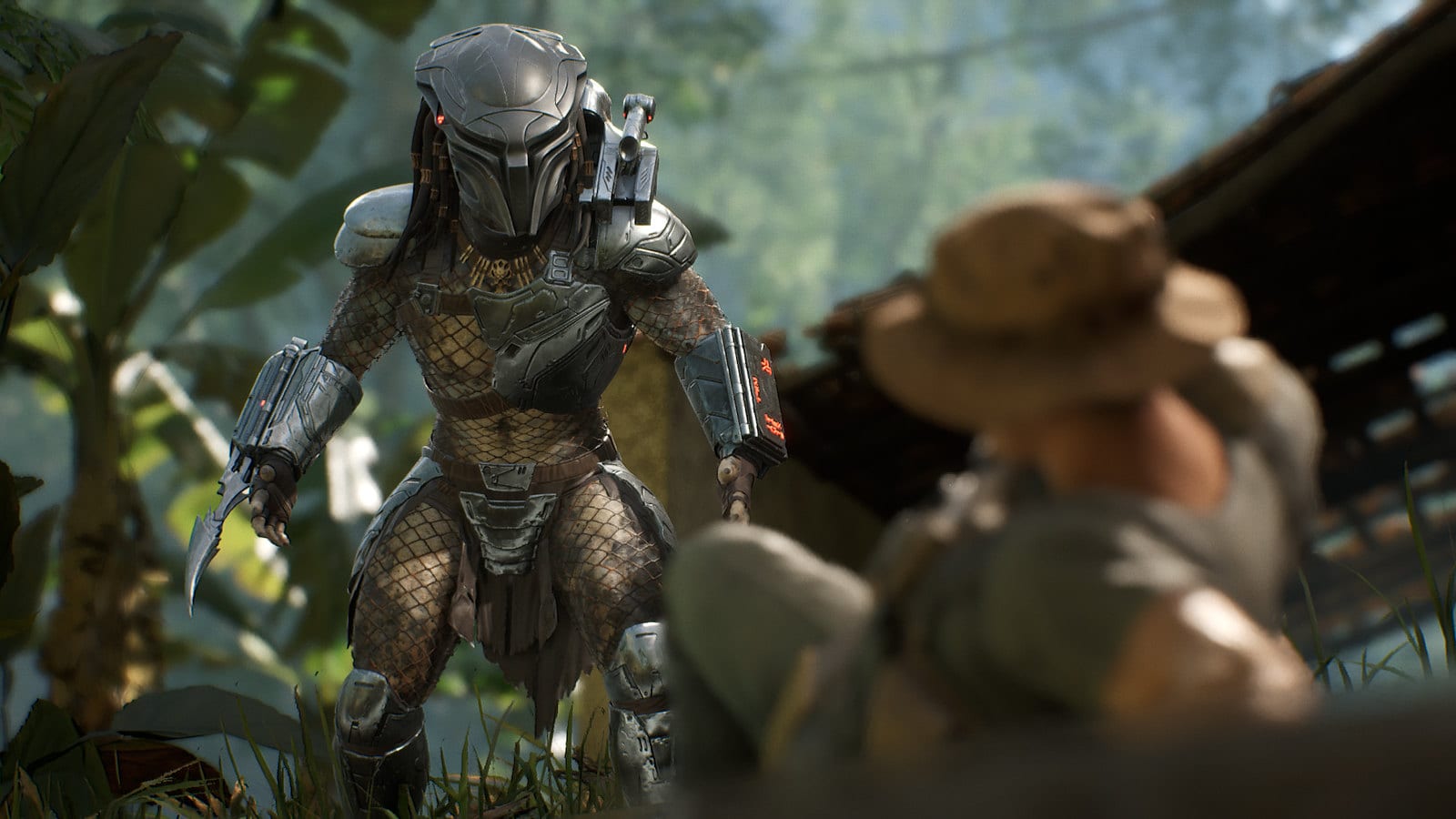 Sony Interactive Entertainment’s upcoming shooter, Predator: Hunting Grounds is on the way, and the company is celebrating with a free trial weekend! Announcing the news on the official PlayStation blog, the company explains that the freebie weekend won’t just be for PlayStation 4 gamers, but also for PC too. Thanks, SIE!

The trial period will run from March 27 to March 29 and is open to PS4 players with a PlayStation Plus membership and PC players as well via cross-play support.

In case you missed it, Predator: Hunting Grounds will allow you to “squad-up with friends as part of a Fireteam and take on dangerous missions before the Predator finds you – or become the Predator and hunt your prey.”

You’ll be able to equip yourself with human and alien weapons in what Sony describes as a “intense asymmetrical multiplayer experience.”

During the free trial period, you’ll be able to test out the game solo, playing as the Predator, or take your game online with three friends to form a Fireteam.

Writing about what the Fireteam squads will face, Sony says: “We love that when you play as the Fireteam it really captures that feeling of power, of being the best of the best.

“You have access to a state-of-the art arsenal and gear that lets you feel like you can take down an army, and you will. Fireteam players have a mission to accomplish and must face lots of AI opponents PLUS another player hunting them as the Predator.”

Although the game is pushing its shooter-style above anything else, that doesn’t mean you won’t be getting a horror experience too.

“The original Predator movie was scary and so is playing this game,” says Sony. “You land in the map with a mission at hand and battle AI opponents to accomplish key objectives, and then all of the sudden you hear that ominous clicking noise, A threat that could be coming from anywhere.

“On top of this suspense, when the Predator attacks, it’s terrifying. The Predator is relentless. It can pounce on you from above, shoot deadly plasma from the shadows, or rip you apart up close. The thrill of being hunted made the original movie so fun to watch, and what makes playing on the Fireteam so fun.”

The Trial will be available to download via the PlayStation Network on March 27 in Japan at 3pm JST, in Europe at 4pm GMT, and in North America at 5pm PST.