Fallout games borrow locations from the real world, and often they’re quite recognizable, especially for people from those areas, but sometimes it’s more obscure. Did you know that the Sanctuary Settlement is actually based on a real place?

A gamer named ESO recently discovered the real-world location of Fallout 4‘s Sanctuary Settlement, and takes you for a tour comparing the real-life place to the Fallout 4 version.

There are some notable differences, like the lack of run-down houses in the real version, but maybe someone a brave wasteland wanderer will show up and create a bustling settlement at this park?

Check out this video to see what else is the same, and what’s different, and some of the amazing attention to detail that the level designers used to create the digital version… 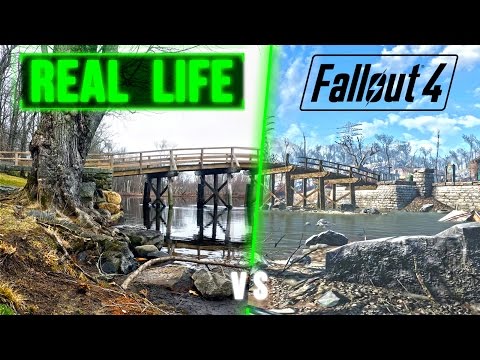