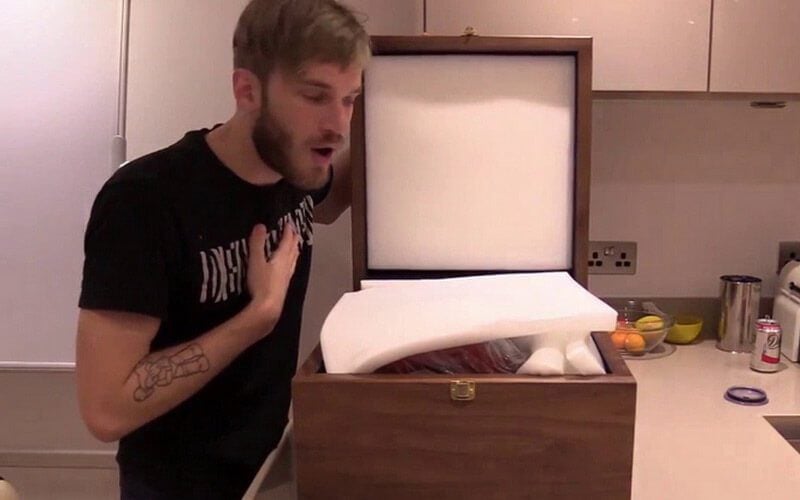 It seems there’s been some trouble in paradise, as Youtube’s top channel, Pewdiepie, is upset over a handful of issues. But that didn’t stop Youtube from sending him an amazing gift…

Pewdiepie has been very outspoken against Youtube lately, using his threats of deleting his channel once he hit 50 million subscribers as a publicity stunt to draw attention to some issues he had with the platform.

For instance, Pewdiepie and other prominent Youtubers have accused the video host of manipulating their subscriber counts, and taking action with their algorithms to reward bottom-of-the-barrel clickbait videos while hurting genuine content producers, stating that even established channels were getting recommended less and less frequently.

All along, Youtube denied any malicious intentions, or that there were any bugs or glitches in the first place, even thought Pewdiepie personally experienced the glitch of being unsubscribed from the H3H3Productions channel.

Pewdiepie took some heat from people who said he shouldn’t complain, since he’s been able to find so much success on Youtube, to earn millions of dollars and to live his dream, but his response was that he wasn’t bringing up this issues for his own sake – he’s also looking out for the little guy.

Love him or hate him, he used his platform to bring up some valid criticisms of the media for the way they take him out of context and make stories out of nothing, yet completely ignore the fact that he and some friends were able to raise 1.3 million for charity, and that Bill Gates kicked in an additional 1 million and even Youtube tossed him 100k. That’s 2.4 million raised by Pewdiepie’s charity stream, and … crickets.

But he makes it really easy for the media, too, by giving them tons of fodder to take out of context. He made headlines when he blamed his issues with Youtube on the fact that he’s white, and also when he ended a video by dressing up like a Nazi and watching videos of Hitler.

At the end of the day, the guy knows how to get attention, even when it isn’t always positive.

But it seems there’s no bad blood on Youtube’s side of things, because they sent Pewdiepie this amazing gift as a reward for reaching 50 million subscribers. 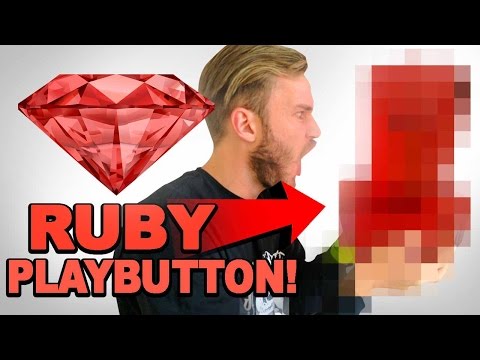 Youtube sent him a giant ruby Brofist, and a handful of smaller ones for him to give to some of his oldest active subscribers. It’s a very cool gesture, and Pewdiepie seemed genuinely touched by it and like this was a real milestone in his career. He seemed to really take a moment to step back and reflect, soaking it all in.

There are already fake eBay listings trying to sell photos of this prize, one of them is over $10,000 at the time of publishing this, despite clearly stating that they’re just selling a photo of the Ruby Brofist and not the actual trophy.