Pewdiepie has been all over the news this past week ever since he announced he was going to delete his Youtube channel.

He made some rather outrageous statements and promised he’s going to delete his Youtube channel after reaching the 50 million subscriber mark; which is less than 40,000 subscribers to go.

Needless to say, the media ran a lot of stories about his statements and a video he released making the announcement, taking a lot of what he said at face value, including a statement about how he feels Youtube might be penalizing him because he’s white (He actually said it).

Apparently, he wasn’t pleased with media outlets covering his video negatively, and recently made a video accusing them of clickbait and misreporting facts.

However, Pewdiepie is also known to rely on clickbait to get views and the media only covered what he actually said, no where in his video did he say it was meant to be a joke. Make what you will off it.

Pewdiepie also featured a rather absurd report in the video that claimed Youtube was penalizing his channel because he was a supporter of the Nazi party in Germany, which a the dreaded maniac Adolf Hitler ran.

Although we don’t agree with what Pewdiepie said in most of the video, but we have to appreciate his sense of humor. The guy actually dressed up in a Nazi uniform at the end of the video and went on to watch a video of Hitler delivering a passionate speech. He could be seen smiling too.

Now we want everyone to calm the f**K down and realize this was meant to be a joke. We hope nobody takes this at face value and accuses him of supporting Hitler. He doesn’t and it’s a joke.

Having said that, is it OK to joke about such sensitive things? That’s for the readers to decide… 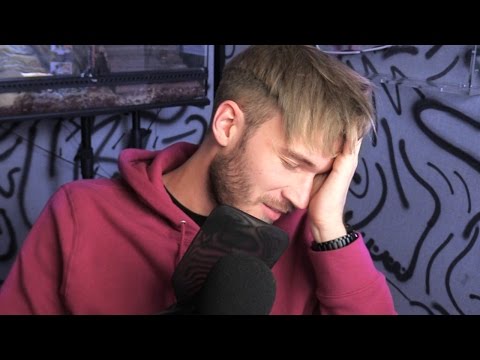