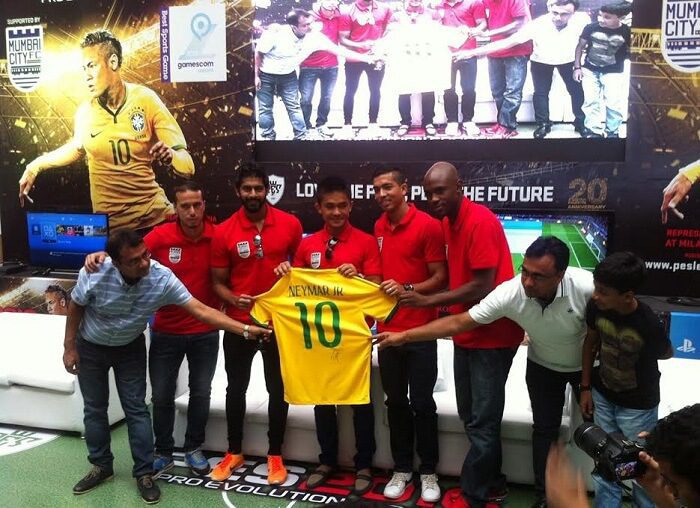 Last Sunday was a day to rejoice for both football and gaming fans of Mumbai. The first qualifier of Pro Evolution Soccer (PES) League – Road to Milan in Mumbai took place, which was organized by E-xpress Interactive and was also supported by Indian Super League’s Mumbai City FC team.

The PES Road to Milan qualifier title was clinched by Mr. Aniruddh Joshi against stiff competition and he won Rs.25,000. Mr. Ritesh Mukherjee and Mr. Rohit Thakur earned the titles of 1st runner up and 2nd runner up respectively and they won Rs.10,000 and Rs.5,000 each.

The players not only reached out and discussed about PES 2016 with the fans, but also had a gaming session with some fans who were up for the challenge. Praising about the gameplay of PES 2016, Sunil Chhetri said, “Pro Evolution Soccer game has set benchmarks in the football game series every year. We love playing PES Game as it helps, professionals like us to improve our skills. Konami has done a great job by getting the utter realism in the game for the players. We felt extremely fascinated to be here with the crowd and we look forward to see more PES Leagues in the near future”

The event was an amazing initiative for gamers and football fans likewise, as it was appreciated by a large audience and more than 70 gamers participated in this event. Some gamers even came from other cities like Ahmedabad, Delhi and Pune to show their talents at this first qualifier. Besides the gamers, even visitors got a chance to experience the new PES 2016 game.

When asked about PES 2016, Omar Jaleel, one of the young participants at the event said, “The game surely does have better graphics and realistic gameplay when compared to FIFA 2016 demo that I’ve played before. The only thing the game misses is the official licensing. If that is sorted, then PES can once again reach its ‘PS2 era’ like glory days.”

Mr. Anand Khemani, Co-Founder of express Interactive, while felicitating the winner said, “It is really a wonderful opportunity for the Gaming Industry as a whole where even India is getting seats internationally to showcase the talent. With e-sports getting recognized as the next sport, Indian gaming will soon become a huge industry by the 2018-19; and will even grow further with more championship leagues like this”

PES 2016 has now been released for PS4, PS3 and other platforms and you can order it here.