No Man’s Sky developers disclosed that the game could be played in a finite way if the players chose to do so, with the end objective being reaching the center of the galaxy. However, players are left disappointed after finding out what awaits them there.

The game gives you the choice to draw out a line connecting your home planet to the center of the galaxy and you’re given the choice of either wanting to pursue it or not. If you do, then you need to travel across a vast number of planets, eventually reaching the center that serves as the game’s ending.

This is possibly the only ‘real’ quest the game offers you with and if you’ve been collecting Atlas stones, you’re constantly reminded of the same. Obviously, this made a lot of players curious to reach this point in order to discover what secrets awaited them.

But once you do the reach the center of the galaxy, you will probably be left bitterly disappointed. You don’t get to meet a messiah telling you the secrets of the universe, you don’t even find a rare artifact or a rune disclosing how the universe as we know it was created.

In fact, there’s nothing there, nada. The game will reset itself once you reach it and you’ll come back to the same menu that you first saw when you started playing the game.

This has led to a massive outcry over at Reddit, with a thread calling out the developers for delivering such an underwhelming experience. However, some people are taking it as the game ending the way ‘you want it to be’ since it’s all about exploration.

A user has actually uploaded a video showing what happens when you reach the center of the galaxy in case you don’t want to pursue it now that you know there’s no purpose in doing so. 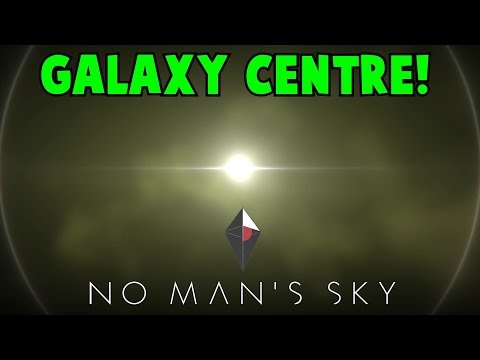