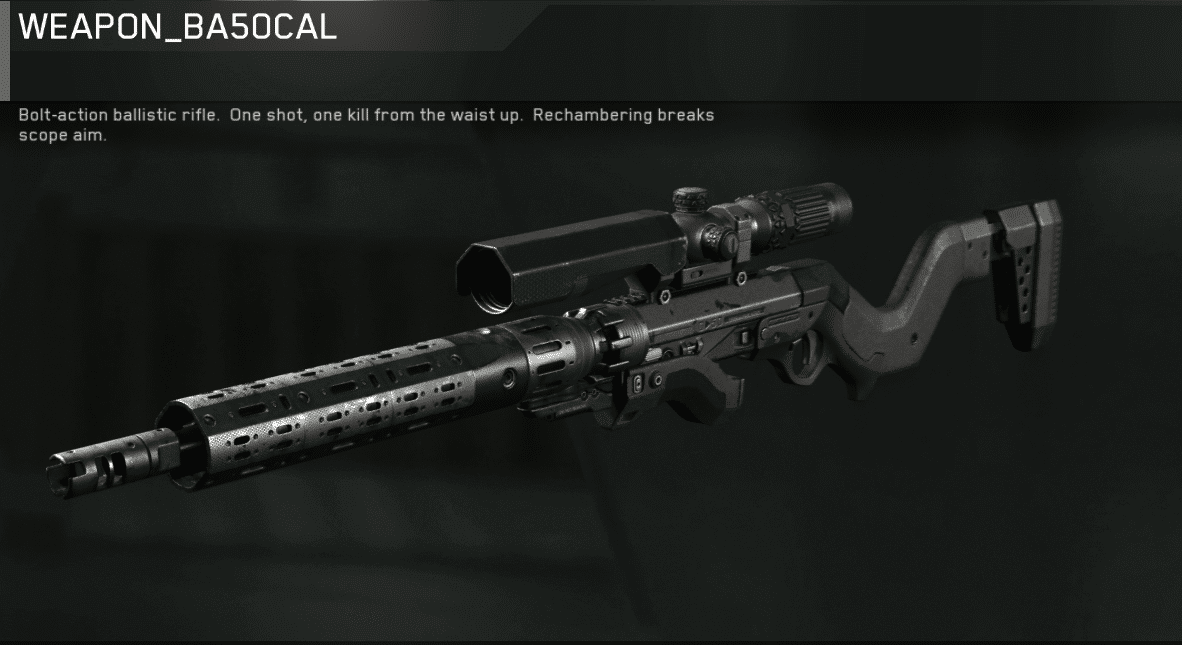 Some dataminers on Reddit have discovered and leaked some new weapons that might be appearing in COD: Infinite Warfare

According to infamous COD leaker CharlieIntel, new weapons include updated models for the MOD2187 and Baret 50 CAL. Here are images for all the weapons.

After the latest update, other reddit users have shown the BAR50CAL showing up in the Zombies After Action Report screen as an unlockable weapon,