Naughty Dogs has released a new story trailer for the latest story DLC of their award winning title The Last of Us.

The trailer shows 16 years old Ellie, who now takes centre stage of the story along with her best friend and mentor Riley.

More details  about the story of Left Behind has been revealed by actress Yaani King in an interview with IGN, who had her first experience with performance capture while playing Riley in this DLC. Talking about Riley, King says, “Riley has an extremely strong personality, very driven, very confident for a 16-year-old, and she is Ellie’s best friend. They are quarantined together in this boarding school and became really close.”

“She’s also a mentor to Ellie… and helps her explore and see different sides of the world that they live in, and doesn’t really like following authority blindly. She’s not interested in just doing whatever it is she’s being told. So that’s what pushes her in the direction to kind of become a Firefly.”

The Last Of Us did highlight some of Ellie’s experience at the quarantine’s boarding school but now the DLC will actually give an insight about it. King reveals, “On the surface, we’re being protected from the Infected [at the school],” she explained. “[The powers that be] have us there kind of learning how to basically, at a certain age, fight the Infected at some point. So, it’s pretty boring. It’s kind of like what you’d imagine military school would be: wake up, eat, chores around the quarantine, learning how to protect yourself, and that sort of thing. But it’s very strict, I feel like it’s more about control over these kids than it is really teaching them anything or helping them in any way.”

‘Left Behind’ seems to focus on Ellie and Riley trying to get of the quarantine’s boarding school to finally experience the ruined, miserable world out there.

“What I can say is that there are moments in the DLC where you get to really learn the personalities and the heart of who these two girls are to each other through the adventures that they have. And there are some really fun, new, fresh dynamics and content that [is] in this that you don’t necessarily see in the original game which I think add to who they are and who Riley is.”, says King

“You’re going to have a little more fun, I would say,” she continued. “One thing I can talk about is what you kind of see in the teaser trailer, the carousel scene… you get to be a little more playful, you get to see a side of Ellie, along with Riley, that is a bit more carefree, not so focused on the world that they live in and the reality in which they live in, but you get to explore a playful side of Ellie that you don’t necessarily get to see. And you get to see her through Riley, who’s kind of bringing these things out of her and loosening [her] up a bit.”

Here is new trailer of Left Behind: 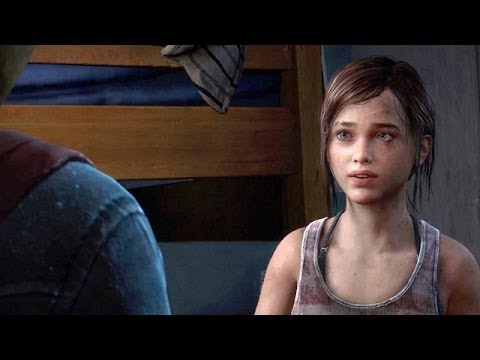 Left Behind DLC of The Last of Us will cost $14.99 and is all set to release soon in early 2014. Share your thoughts and anticipation in the comment section.