A brand new trailer for the horror title SOMA has been released. This trailer reveals something quite big about the game that has been in secret since the announcement. Watch the trailer and learn the deep dark secret that surround the horror game.

With the trailer, we learn that SOMA is actually set underwater. Somewhere unknown in the ocean, the game is being placed and it’s an idea that developers were eager to work with. According to the founders of Frictional Games, the ocean makes perfect sense for a horror themed video game.

“Most of the ocean is devoid of sunlight and inhospitable to us. The differences in pressure between the surface and even a modest depth of 100 meters is enough to turn a human into mush. That pressure, that depth, is nothing compared to the true ocean deeps. And as if this isn’t enough, the creatures living there seem like they’re from another world. Gigantic squid, luminescent fish and creatures that are all mouths and teeth are only the start. If you dive down any distance you enter into a realm of monsters.”

SOMA is set to release on the PlayStation 4 sometime in 2015. 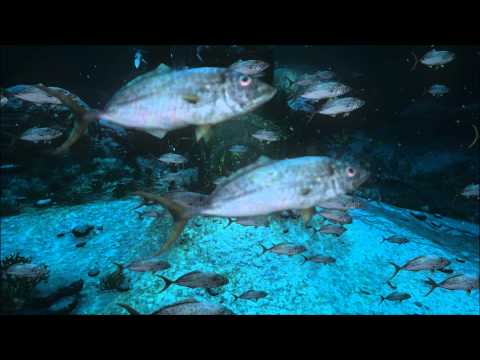