Game Informer will be revealing a title next-gen game on its April 2013 issue tomorrow.

Assassin’s Creed IV: Black Flag has being revealed, McNamara clarified  tomorrow’s reveal has nothing to do with AC IV Black Flags. 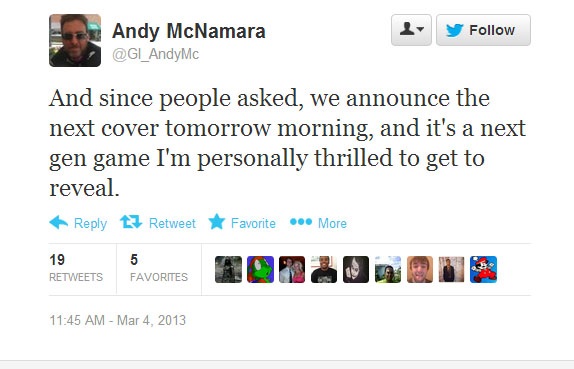 This is an exciting news for everyone, especially for the one’s looking forward to next-gen. Apparently, it will be something  new. We will  find out tomorrow when Game Informer reveal its April 2013 issue.