The new information has been confirmed by Japanese Magazine Famitsu, where they released an article spilling some new details about the upcoming game, and announcing the release date for Japan.

Rockstar has a great opportunity to make the game international, and it will be launched on October 10th in Japan.

The gamer will have their own dog in the game named Chop. The pet will be customizable from collars to accessories. If the gamer doesn’t watch the dog carefully, there is a possibility of losing the dog.

There will also be wild animals in the game, over 15 different types. The game animations for GTA 5 is said to be a lot better than the previous GTA game. Rockstar was able to give each of the three important characters their own distinctive walks, to give it a more realistic approach.

Grand Theft Auto 5 will launch for PS3 and Xbox 360 this year on September 17th in the U.S, U.K, and other specified countries. Watch the gameplay trailer below. 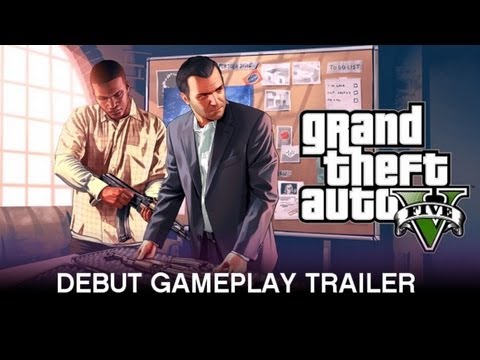