The upcoming 1.70 update is one that several PS4 owners are looking to jump in on. Sony has released new details on what we can expect with the latest update. From enjoying your video games right when they become available to capturing gameplay, 1.70 is making bold promises.

1.70 will bring in a number of updates and features. For starters, the preload function will be a game changer for digital downloads. No longer will you be forced to wait for your favorite game to be available and then have to wait for the download to end. Instead, the game can be preloaded and installed on your PS4 before release is available. However, you won’t be able to load the game and play it until after the release date. Nevertheless, a countdown is present to keep track of when the game goes live.

SHAREfactory is now allowing you to make basic small edits to your recorded gameplay. From right on the PlayStation 4, gamers can added text or commentary with ease. Though recording gameplay will also be available to those who have an HDMI capture card like the Elgato. No longer are you forced to abide by the HDCP as the update will allow users to disable the feature and use whatever capture method desired. 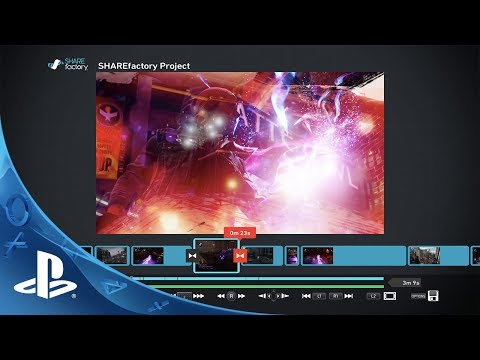