It’s almost hard to believe that Naughty Dog is now 30 years old. Since the start of the development studio back in September of 1984, Naughty Dog truly shines as one of Sony’s top first party studios.

Naughty Dog is celebrating its 30th anniversary by first releasing a trailer video showcasing the studio from start to present day. Some of the video games you might recall from Naughty Dog includes Crash Bandicoot, Jak and Daxter, Uncharted to the latest release of The Last of Us.

Also revealed within the PlayStation Blog is that Naughty Dog will be holding an art gallery at the Gallery Nucleus in California that will run from October 4th to the 12th. Within the gallery includes a full length anniversary video from the studio. 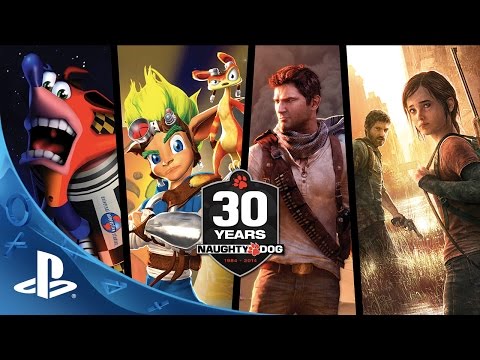