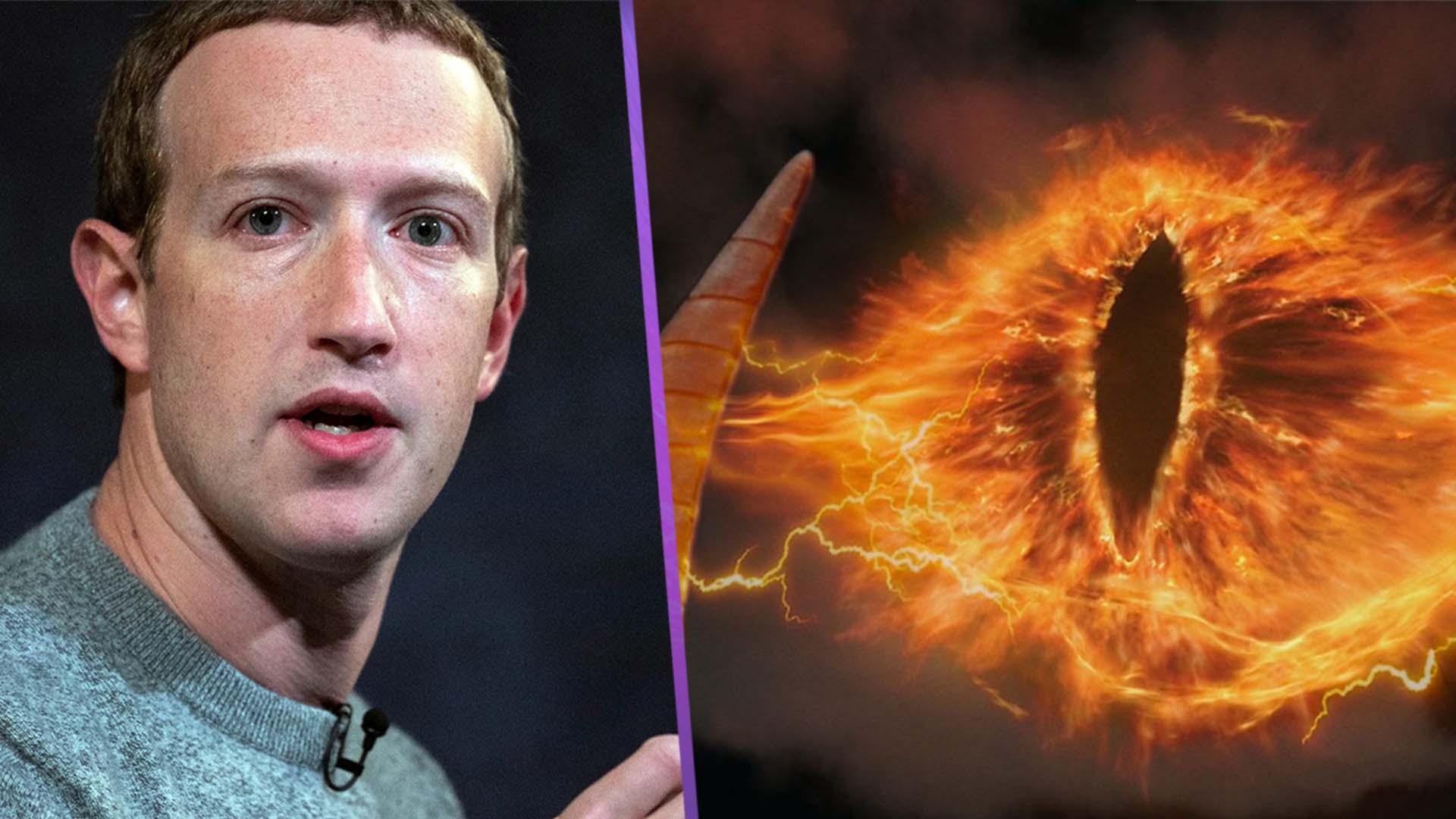 Mark Zuckerberg has stated in an interview that his employees “lovingly” call him ‘The Eye Of Sauron””. We’re not convinced he understands what “lovingly” means.

During a recent interview with Tim Ferriss, Zuckerberg said the following:

“Maybe I’m not strong-willed enough or calm enough to do just straight-up meditation. I actually need to put myself in a situation where it’s difficult to not focus on that thing. Some of the folks I work with at the company- they say this lovingly- but I think that they sometimes refer to my attention as the Eye of Sauron. You have this unending amount of energy to go work on something, and if you point that at any given team, you will just burn them.”

For those not in the know, the Eye Of Sauron comes from J.R.R Tolkien’s Legendarium, and is a manifestation of all the evil that exists within Middle Earth. It’s not exactly something you use as a compliment, so it’s extremely possible that he’s completely misreading the situation.

Zuckerberg announced in October of 2021 that he would be retitling Facebook’s parent company to Meta. The company’s new focus is to build what it refers to as the Metaverse, an integrated environment that links all of the company’s products and services. Zuckerberg of course has been under fire repeatedly over the years for various data scandals surrounding Facebook, including Cambridge Analytica.

What do you think about Meta employees referring to Mark Zuckerberg as the Eye of Sauron? Let us know on Twitter!