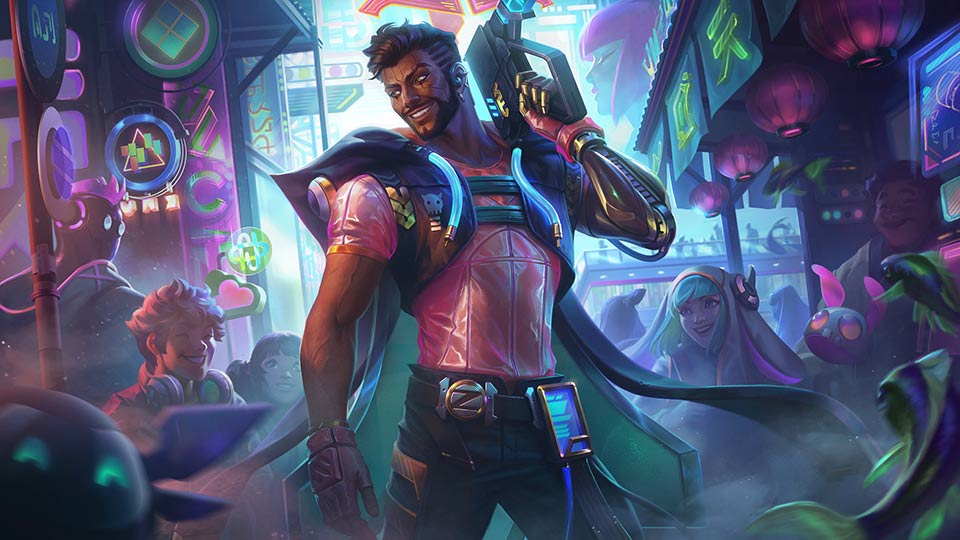 Riot Games has revealed the latest Champion character to appear in League of Legends, Akshan.

Akshan is the 156th addition to the League of Legends roster. He’s an Assassin character, utilising a ranged weapon and a grappling hook to take down his foes.

Armed with a Sentinel relic, Akshan swings in with a-vengeance. pic.twitter.com/85MtLVNFBA

What are his abilities?

Let’s take a quick look at Akshan’s abilities. His passive ability is called ‘Dirty Fighting’. Every three hits that Akshan deals invokes a burst of physical damage. If that physical damage manages to hit an enemy champion, Akshan will gain a shield. He also has a second attack that can be cancelled in favour of a small speed boost.

His Q ability, ‘Avengerang’, throws a boomerang that extends its range with every enemy hit. As it’s a boomerang, it will hit enemies on the return journey, too. This seems perfect for chaining between enemies lined up down the lanes.

For his W ability, ‘Going Rogue’, has a passive and an active. Enemy champions are marked as ‘Scoundrels’ when they take down a member of Akshan’s team. If Akshan takes the Scoundrel down, he’s rewarded with bonus gold. At the same time, team members killed by the Scoundrel will be instantly revived at their home base.

The active part of Going Rogue allows Akshan to become camouflaged. In this state, he’s able to see tracks leading towards the Scoundrels and will earn an increased move speed and mana regeneration while moving towards them.

Akshan’s E ability is called ‘Heroic Swing’. This sees him fire his grappling hook into nearby terrain. From there, Akshan can swing from the point, firing damaging bullets at nearby enemies. He can recast the ability to jump from the swing and fire one more shot. This ability resets upon takedowns.

For an ultimate, Akshan has ‘Comeuppance’. This powerful ability locks onto nearby champions and begins charging up his weapon. After recasting, he unleashes the bullets to deal a massive amount of damage. This is best used in conjunction with Heroic Swing.

How does Riot intend for Akshan to be played?

Some clear thought has gone into developing Akshan to be unique from the rest of the Champions in his class.

“We’ve been watching marksmen go mid in pro and regular play for a while, but none of them feel like they belong there,” says lead game designer Jeevun ‘Jag’ Sidhu. “They don’t provide the things that champs designed for mid should, like crowd control or target access. So we wanted to craft an experience that would feel like a distinct assassin style, but also clearly feel like a marksman… and put those two worlds together in mid lane.”

Akshan is expected to release with the upcoming League of Legends update on 21st July. That’ll be just in time for the League of Legends World Championship, which just Will Akshan be your new main? Let us know across our social channels.