Gamers are a curious lot, they like to compare their favorite games against each other and find out various aspects about them and who comes out on top.

Fallout 4 is undoubtedly one of the biggest open-world games to have come out in recent years and it’s no surprise that the community is pitting it against other popular open world games as it gets more time to play.

Today, we look at a video which compares the time taken to walk from one end of the Fallout 4 map to the other and then does the same for other popular RPGs such as Skyrim, GTA V, The Witcher 3, etc.

A point to be noted here is that the character is not sprinting from one end of the map to the other but actually walking which gives a more accurate result when several games are pitted against each other.

The end result might not be too pleasing for Fallout fans since it didn’t fare well against the other big open-world games and turned out to be comparitively shorter (at least land mass wise) when compared to the others.

It’s surprising to know since most of the other games came out years before it and the last Fallout game was known to feature a huge explorable gameworld.

However, the key here is that it’s just walking from one point to another and don’t necessarily mean that the game or the content in itself might not be long as the game also features a lot of closed-spaces that are only accessible once you leave the map and enter them.

Don’t take our word for it though, you can watch the fascinating video below yourself and see how exactly Bethesda’s latest offering fares against the other big open-world games. 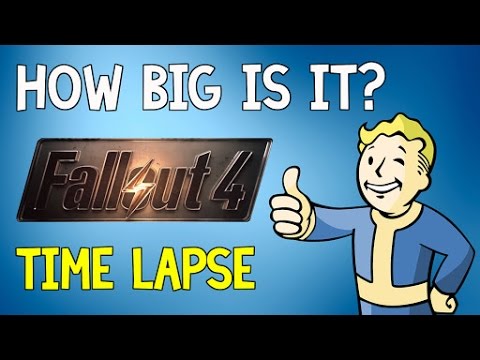 Also, to put things into perspective, here is a video by the same channel for GTA V and Skyrim. It’s important to note that GTA V doesn’t have closed accessible areas such as Fallout 4 and hence although it takes longer to walk across, it might not necessarily be the more content-rich game.

However, another of its own games, Skyrim also has similar closed spaces and hence it would be really difficult to make out which of the two games is the bigger one by this method although it atleast makes it clear which has more open-world area. 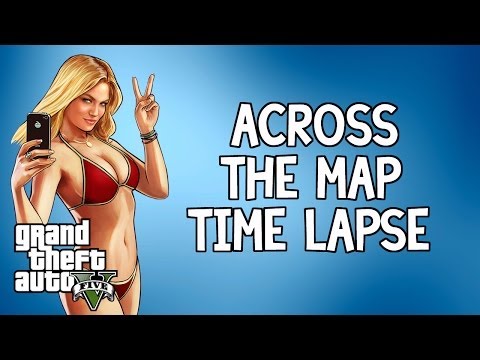 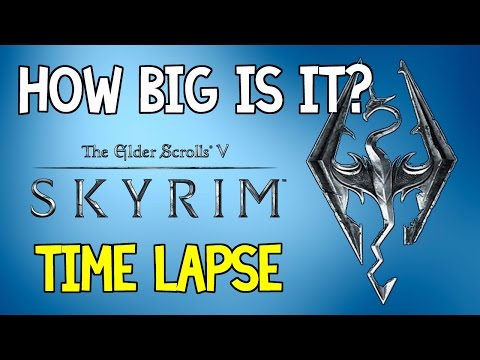