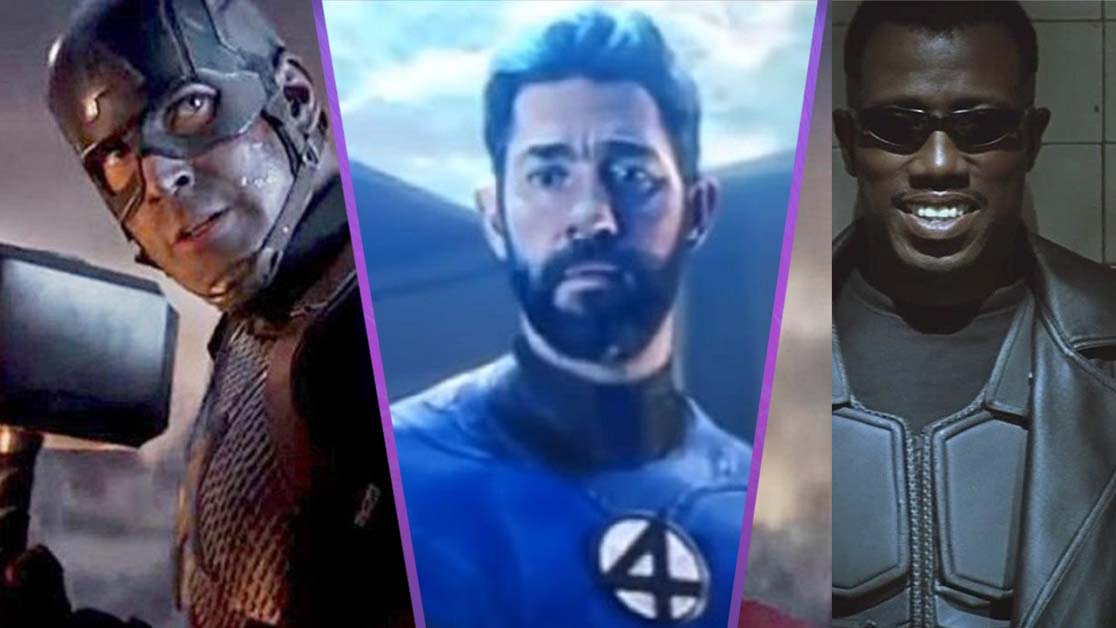 Marvel’s impact on the comic book industry is astronomical. Legendary storytellers and artists like Stan Lee, Jack Kirby, Steve Ditka and Brian Michael Bendis have shaped iconic heroes. However, one of them must stand tall above the rest.

Join us as we rank ten of the best Marvel superheroes.

Steve Rogers debuted in Captain America Comics No.1, back in 1941. Over the years, the All-American supersoldier has encountered some serious baddies. We’ve all seen him battle the Red Skull, but Rogers has fought Taskmaster, Baron Wolfgang Von Strucker and even fellow Avengers ally, Iron Man.

Chris Evans breathed new life into the character with his MCU debut and the rest was history. After all, he can do this all day.

The Sorcerer Supreme was created by the masterful duo, Stan Lee and Steve Ditka. Appearing in Strange Tales No.110, Doctor Strange helped usher in a colourful wave of mystical stories into Marvel Comics. As a protector of Earth and the wider multiverse, Strange has joined forces with The Avengers, The Illuminati and the Midnight Sons across his adventures. Drawing his powers from a range of arcane sources, Doctor Strange is an incredibly exciting character to explore.

Benedict Cumberbatch can be seen reprising his role as Stephen Strange in Doctor Strange: In The Multiverse of Madness on Disney+.

Gerry Conway’s troubled vigilante is a hell of a character. First appearing as an assassin hot on Spider-Man’s case in 1974, Frank Castle is not to be messed with. The Punisher moniker was forged in tragedy after Castle’s family were taken out by the mob for witnessing a murder in New York’s Central Park. A master of weaponry and warfare, The Punisher may not have abilities, but his sheer unbreakable will makes Castle a deadly asset on the battlefield.

Dolph Lundgren and Thomas Jane have had their turn at portraying him on the big screen, but Jon Bernthal’s turn as Castle in the Netflix show is easily the best version yet.

King T’Challa has the might of Wakanda behind him, but this fierce fighter isn’t defined by his technological advancements. Black Panther is a loyal protector and honourable leader that places his people before him in conflict. While this initially limited his relationship with other heroes, Black Panther has joined the fight on numerous occasions with his supreme agility and concrete resolve.

The late Chadwick Boseman portrayed T’Challa in the MCU, leaving behind an incredibly loved performance as the Black Panther in multiple movies.

The God of Thunder would strike us down if he wasn’t included on this list. He’s been around thousands of years in the comics, seeing all that the universe has to offer. The Eternals Saga put him face to face with Celestials and The Surtur Saga made us care about him more than ever. He may be imbued with otherworldly powers, but Thor is a man of the people under all that armour.

Chris Hemsworth can be seen as Thor gearing up to fight Gorr The God Butcher in Thor: Love and Thunder.

The man without fear. The devil of Hell’s Kitchen. Matt Murdock watches over the people of New York but isn’t adverse to a team-up outside its borders. The brilliant lawyer-turned-vigilante often fights crime with the Defenders but has formed relationships with Black Widow, Captain America and even Deadpool. Daredevil is a skilled fighter but his unwavering dedication to justice makes him more powerful than anyone could anticipate.

There have been a few versions of Daredevil on the big and small screen, dating back to the 1989 TV movie The Trial of The Incredible Hulk. However, it’s Charlie Cox who has absolutely crushed it as Matt Murdock in the excellent Netflix show.

Morbin time is over. There is only one vampire-inspired character in Marvel history that deserves such enormous hype. Mark Wolfman and Gene Colan brought the daywalker to life in The Tomb of Dracula No.10, back in July 1973. Initially imagined as a human immune to vampire bites, Blade’s powers were later retrofitted to reflect his status as a Dhampir. Able to wield the abilities of vampires without most of their weaknesses, Blade uses his prowess to hunt down any supernatural foes in the night.

Blade is one of Marvel’s most badass characters and casting Wesley Snipes in the role was a masterstroke. Let’s hope Mashershala Ali does the character justice.

James Howlett, Logan or simply Wolverine is easily the best member of the X-Men. Look, we love Cyclops and Professor Xaiver, but the short and angry brawler is just too damn cool. Infused with Adamantium, Wolverine’s immense healing factor and brutal rage have helped the X-Men to victory on numerous occasions. And of course, we’d be remiss if we didn’t mention the iconic X-Men cartoon from the 90s, where the character became a true household name.

Hugh Jackman is the only cinematic incarnation of the character so far, but with the MCU shaking up its future, we could see a younger version very soon.

We’ve all dreamed of being able to shoot webs and scale buildings like Spider-Man. Peter Parker has inspired millions of people around the world with tales of courage, willpower and sheer wonder. His scrawny stature may not seem imposing but the wall-crawler is able to lift up to ten tons while retaining immense agility. Tom Holland and Andrew Garfield reinvented Spidey for the big screen, but for many of us, Tobey Maguire is still the greatest actor to wear the red and blue spandex.

Surprised that the webhead isn’t at the top? While the lovable Peter Parker has left an incredible mark on the world of superheroes, there is another hero that deserves that time in the spotlight.

With the power of hell itself flowing through his fiery veins, Ghost Rider is able to stand toe-to-toe with the best of the Marvel Comics universe. The Johnny Blaze incarnation of the character is stronger than Spider-Man, having lifted over 25 tons in his time and more in stories like World War Hulk. Sacrificing his soul to Satan in a deal gone wrong, Blaze was the first Ghost Rider but each version possesses unique abilities.

Ghost Rider is able to take the fight to Cosmic villains in the Marvel Universe, holding his own in some hefty battles. Step aside Human Torch, the flame is truly on with Ghost Rider.

Who is your favourite Marvel superhero? Let us know over on social media channels.