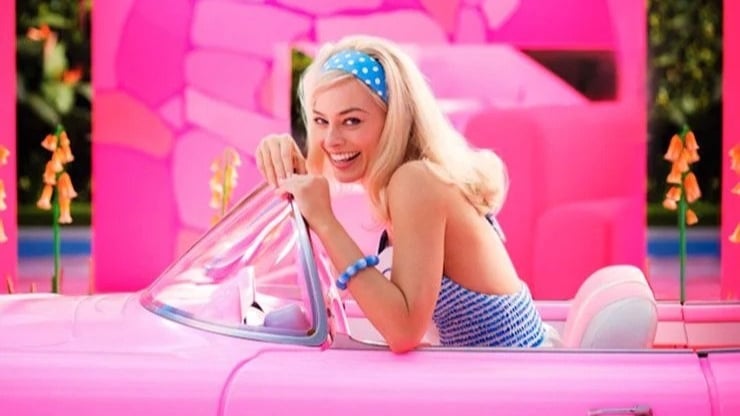 We got our first look at Margot Robbie as Barbie recently in a new image from the 2023 Warner Bros film.

Robbie was seen in Barbie’s signature pink convertible. The actor, who has been nominated for Oscars, took over from Amy Schumer. The comedian was originally going to be the star of the film when it started development in 2014.

The image was revealed at Warner Bros’ CinemaCon presentation before being released online. It definitely seems like the overall vibe of the image is what you’d expect from a Barbie film.

The new version of the film, directed by Greta Gerwig, will release on July 21st, 2023. It stars Ryan Gosling as Barbie’s partner Ken. Other cast members include Simu Liu, Kate McKinnon, Will Ferrell, Michael Cera, Issa Rae and America Ferrara.

It’s a pretty interesting concept for a movie, and it’ll be fun to see what the actors do with it. Robbie definitely seems to be a good fit for the role, and it should be a fun time. We didn’t really get any plot details revealed though, so it remains to be seen how the film will play out. Regardless, the film has generated a good amount of hype already.