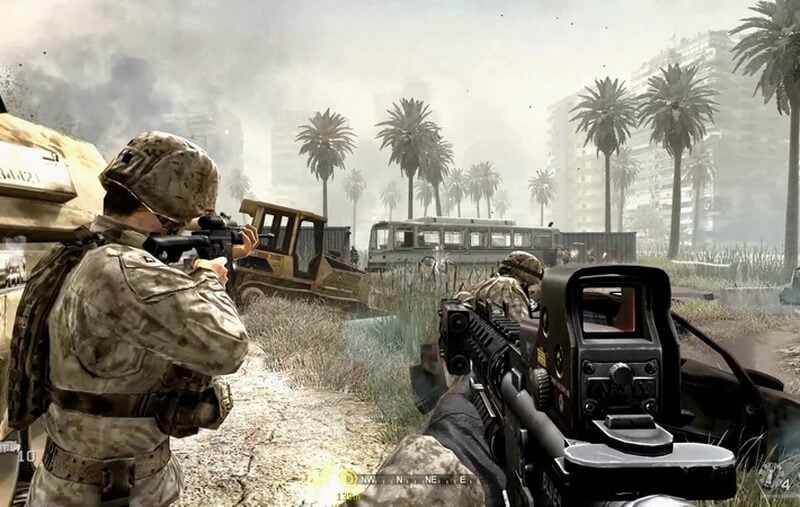 Yesterday, a Playstation store leak revealed that the next Call of Duty game might be very well be called Infinite Warfare and now another leak seems to suggest that it might be shipping with a HD remaster of Modern Warfare.

This come via a leaked image of what appears to be the boxart of the game. A reddit post claims that it’s from a Target store in the US. The boxart in question is for the legacy edition for the game and includes the following text “also includes Call of Duty: Modern Warfare Remastered.”

The release date for the game is also mentioned in the boxart. It’s stated as November 4, 2016. Last night, the game’s name was displayed in the PS Store before being taken down. Activision usually reveals its CoD title around end of April or start of May and therefore these might very well prove to be true.

The next Call of Duty title has also been confirmed to be developed by Infinity Ward, who are also the developers of the Modern Warfare series, which gives this leak even more credibility.

Activision confirmed the next CoD title will make an appearance at E3 during the Sony press conference and although it won’t be doing its own presser, it’ll have a playable build or some kind of demo for the upcoming CoD at the event.

Although no official details have been revealed yet, rumors have been rife that Infinite Warfare will feature battles in space and will be futuristic in general, even going farther into the future than the last Call of Duty game, Black Ops 3.

Modern Warfare is one of the most popular Call of Duty games release to date and Activision would be doing a huge fan service by releasing a remastered version of the game since the community has been requesting for the same since years now.