A YouTube personality that goes by the username of Drift0r revealed some very interesting news in his recently uploaded video that may be the next Call of Duty.

He says that “somebody inside the Call of Duty machine” leaked him some insider information by showing him a “variety of media files”.

Drift0r is the same person who received leaked details of Call of Duty: Ghosts last year, which proved to be accurate. Even though the source isn’t from the same individual as the last time, it could still mean something.

He couldn’t show the files in the video because of copyright policies, and the person who unveiled the files to him, does not want to be fired. 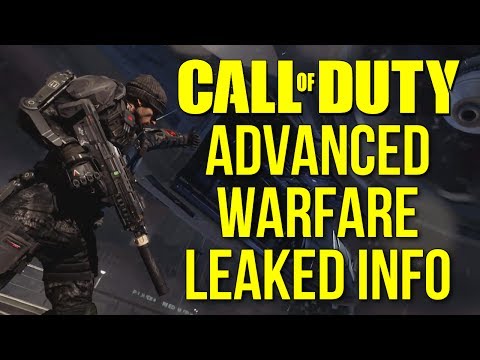 He describes the files as:

“Unique, not out there elsewhere on the internet.”

“If this isn’t the next Call of Duty game, then it’s some other shooter in development, or one hell of a mod which I would very much like to play.”

“Not a past COD game.. not modern.. futuristic, not same style as Black Ops, but more Modern Warfare. Set in the future.”

“A futuristic gun in action”

“Next entry in the Modern Warfare series”

Whatever it is that Sledgehammer have in the works of Call of Duty, We’ll be looking forward to it.

Does any of this information sound accurate to you? Comment below.