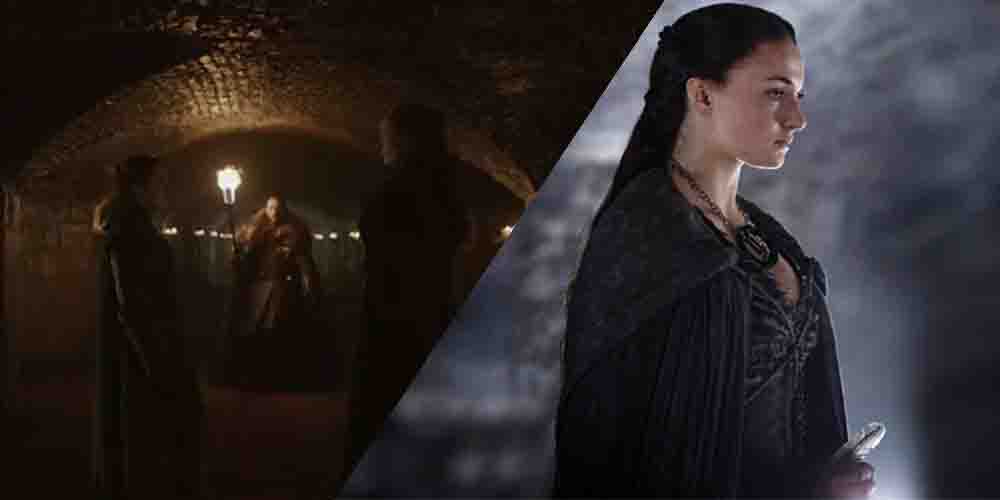 You can forgive Game of Thrones fans for getting overly excited by any kind of footage that surfaces from the upcoming finale.

With season 8 edging ever closer, we’ve got a lot of questions that are going to need some big answers in the final series.

Understandably, the team behind the show are wanting to keep a lid on things for as long as they can. So much so, that apparently the most recent trailer didn’t actually have all that much to do with the upcoming series.

The clip in question sees the trio of Jon, Arya and Sansa walking through the Stark crypts together – which it turns out doesn’t actually mean all that much.

In October Sophie Turner spoke at New York Comic Con where she played down any deeper meaning to the trailer.

“We did this promo for season eight where—I don’t know if I can say this, actually. Well, actually, no,’ Sophie said.

“It’s got nothing to do with the series; it’s just a promo. It was this big kind of statue of me, of Sansa, and I wanted to have it in the garden of my new house. But they obviously wouldn’t ship it from Belfast to New York, so…”

So there you have it, the producers are throwing us curveballs, making it essentially impossible to speculate on what may go down in season 8.

What we do know, is that whatever happens is going to be MASSIVE.

We’ve heard a lot about the filming process for this final season. The huge amounts of work that has gone into doing the big finale justice and the amount of money that’s being pumped in to make it all possible.

Kit Harrington’s latest comments will probably come as no surprise to fans then, as he explained the toll that filming had taken on the cast.

“The last season of Thrones seemed to be designed to break us,” he told GQ.

“We were sleep deprived. It was like it was designed to make you think, ‘Right, I’m f**king sick of this’. I remember everyone walking around towards the end going, ‘I’ve had enough now. I love this, it’s been the best thing in my life, I’ll miss it one day – but I’m done.’”