Naughty Dog struck gold with The Last of Us. The game was a huge hit and because of it’s success, the development team decided to release the game once again for the PlayStation 4. Today it was revealed that a special one-time-only event will give a live performance of the game, a special Q&A and live music from the award winning video game.

The Last of Us: One Night Live will be taking place on Broad Stage in Santa Monica, Ca July 28 at 7PM. The event will host five actors from the game: Troy Baker (Joel), Ashley Johnson (Ellie), Merle Dandridge (Marlene), Hana Hayes (Sarah), and Annie Wersching (Tess). These actors will be playing out select scenes from the video game, so it’s unknown how much of the game will be performed.

Included in the performance is Gustavo Santaolalla who will be performing live music from the The Last of Us Score. Closing out the event will be members of the creative team including Neil Druckmann which will give a live Q&A.

Tickets are free and are being distributed by the PlayStation website. This is a first-come, first-served basis but the event will be streamed live through Twitch, YouTube and the PlayStation Network. 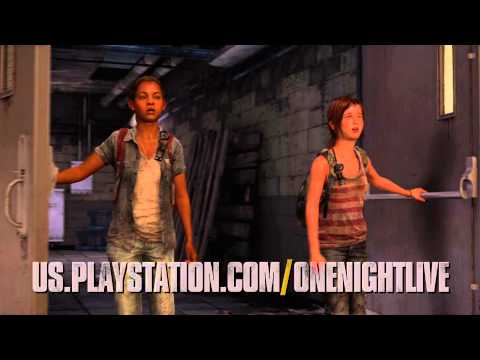 CLG Faces Criticism For Filming Players About To Lose Their Jobs