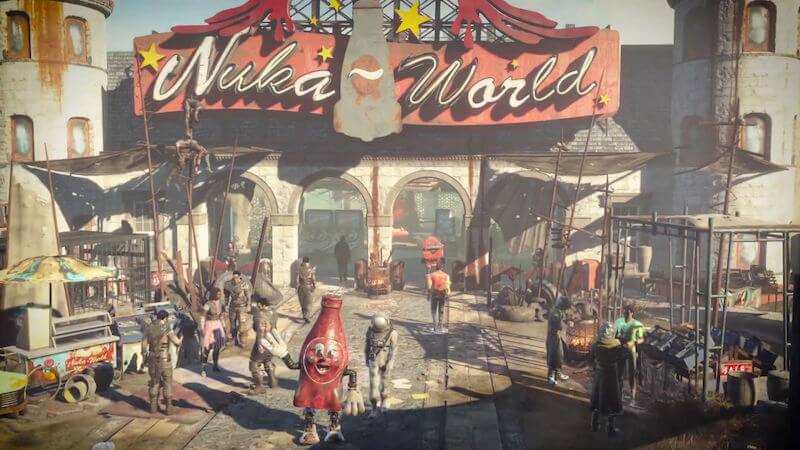 Fallout 4 has enjoyed a considerable lifespan so far with each planned expansion of the core game. However, this cycle is soon due to end with the post-apocalyptic RPG’s final DLC instalment. The final pack entitled Nuka-World will drop on August 30 for Xbox One, PS4 and PC players.

Players of their respective machines will enjoy Fallout 4‘s final ride on the same launch date. We reported on the existence of Nuka World through a leak a while ago and it seems that Bethesda will go ahead with the same launch date that was detailed in that report.

The company has also released an official trailer for the upcoming DLC, which can be seen below.

The DLC will involve the player exploring an amusement park setting filled with raiders. Like a ravaged wasteland version of Six Flags, the park is sectioned into typical amusement park conventions: Safari Adventure, Dry Rock Gulch, Kiddie Kingdom and The Galactic Zone. It sounds essentially Fallout-esque and it is perhaps the most idiosyncratic Bethesda creation so far.

It certainly makes a drastic change from the previous Fallout 4 DLC. Imagine the thick mist of Far Harbor exchanged for the loud, bright lights of the ferris wheel and bumper cars. The park will not be without danger, however. Nuka World follows on the heels of Automatron, Wasteland Workshop, Far Harbor, Contraptions Workshop and Vault-Tec Workshop which have all been released periodically and available together with a Fallout 4 Season Pass.

Each section of the park in Nuka World will surely contain enough radiation, Deathclaws and murderous gangs to keep players on their toes for hours. If you listen closely to the trailer above, you can even make out the theme jingle of Nuka World. Enter at your own peril.