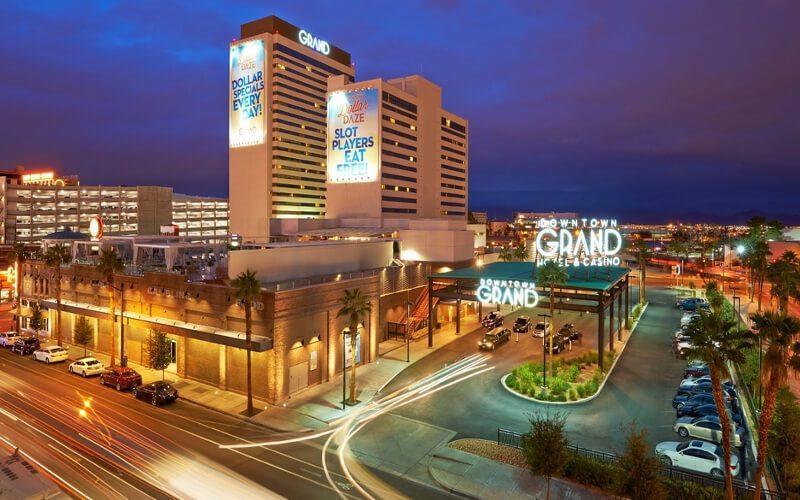 The chairman of the Downtown Grand casino in Las Vegas is preparing his establishment to become the “home” of eSports in the future.  Seth Schorr, who is also the CEO of Fifth Street Gaming and a board member of GameCo, recognises how the advancement of technology has changed the interests and tastes of younger generations.

Schorr began researching how to take advantage of these changing tastes by consulting gamers, tournament operators, and game developers alike. Schorr started by hosting the LA Renegades, a competitive Counter Strike: Global Offensive team, to train in a specially built practice room within the casino. This team then went on to place second in the RGN Pro Series Championship.

Following this sucess, Schorr decided to actually create an area in the Downton Grand dedicated entirely for eSports, removing other casino equipment to make space for it. This space now hosts weekly tournaments for every type of game imaginable, from their Mortal Kombat inspired “Finish Him! Fridays” to hosting the finals for Wargames.net’s World of Tanks. Schorr stated:

“We wanted to create an environment that caters to the esports audience 24/7,”

So far, it seems like he’s doing a great job of accomplishing that.

Schorr wants to take advantage of the growing interest in eSports to not only keep his casino relevant, but to hopefully encourage the rest of Las Vegas’ gambling outlets to embrace the future. The CEO of GameCo (of which Schorr is a board member), Blair Graboyes, also wants this to happen.

Graboyes understands that for many people today of gambling age, casinos don’t entice them quite the same way as they did previous generations. This is due to them growing up surrounded by the miracles of technology, and this then makes traditional casino offerings such as slot machines and roulette seem rather dull in comparison.

GameCo has been hard at work developing gambling video games that not only keep this new age group entertained, but also allow the casino to continue making money as well. Some images can be found their website showing what they have in mind for the future of video game centric casinos, which you can see below.

“There will absolutely be video game casinos before the end of the decade,” says Graboyes, “and we certainly will be a part of it.”

At first glance, this seems to be a very bold claim. However, with the clear success of Schorr’s current ideas, and Garboyles himself claiming other casinos are heavily considering similar implementations into their establishments, it could very well prove to be a correct one.