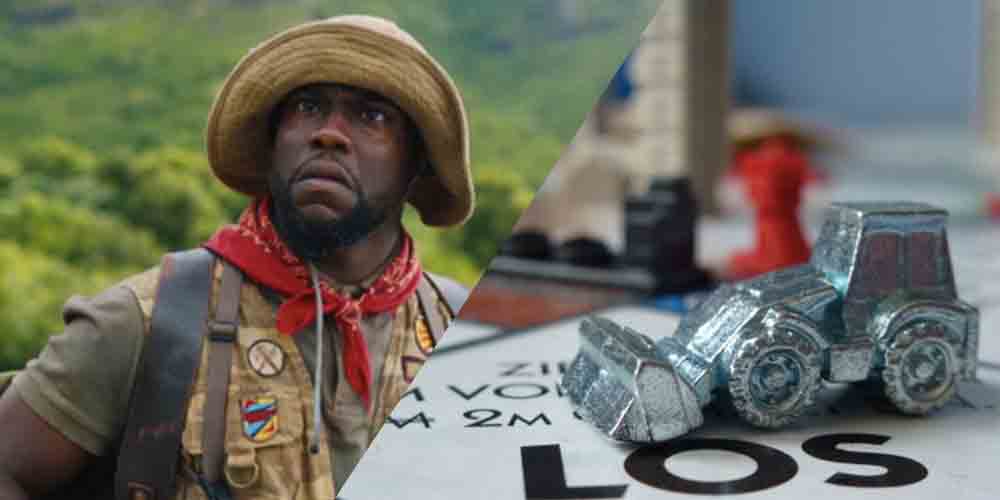 With Hollywood rinsing every piece of childhood nostalgia it can for every penny, Hasbro’s Monopoly movie just passed go and collected $200. Jumanji: Welcome to the Jungle‘s Kevin Hart is joining the board game adaptation and can hopefully build his own hotel on Mayfair as the movie’s lead.

The Parker Brothers first released Monopoly in 1935, so it’s a surprise it has taken so long for a movie to get off the ground. After several unsuccessful attempts over the years, Hart is rolling the dice with Monopoly.

Deadline reports that Hart will star in the movie, directed by Fantastic Four‘s Tim Story. It will be Hart and Story’s fifth time working together after the two Ride Along and two Think Like a Man movies. Hart will also help produce as part of his HartBeat Productions.

In 2008, Ridley Scott was attached to direct a Monpoly adaptation for Universal Pictures. The rights reverted to Hasbro in 2012, but there’s still been no sign of Monopoly movement (until now). Alongside Hasbro’s hope of live-action Action Man and Hungry Hungry Hippos movies, Monopoly could cash in on some good ‘ol family fun.

As far back as Clue in 1985, Hollywood has tried to turn our favourite board games into big blockbusters.  Although there’s been mixed success with the likes of Battleship, we’ve also seen a resurgence in game-to-film movies thanks to last year’s Rampage. Considering Jumanji is technically based on a board game, Hart certainly has some experience in this area of Tinseltown.

It’s great news for Hart as he tries to move past his recent Oscar’s incident. The 39-year-old was asked to apologise after a series of old tweets containing homophobic slurs appeared online. Hart refused to apologise after he’d already done so and instead stepped down from hosting this year’s Academy Awards.

There’s no other news on who will be in Monopoly — or even what the storyline is — but I’m expecting some villainous property tycoon to try and take over a small neighbourhood.

If Tim Story needs any ideas, I’m always here to help. Who knows, maybe Hart is sticking on a moustache and top hat to play a reimagined version of Mr. Monopoly?