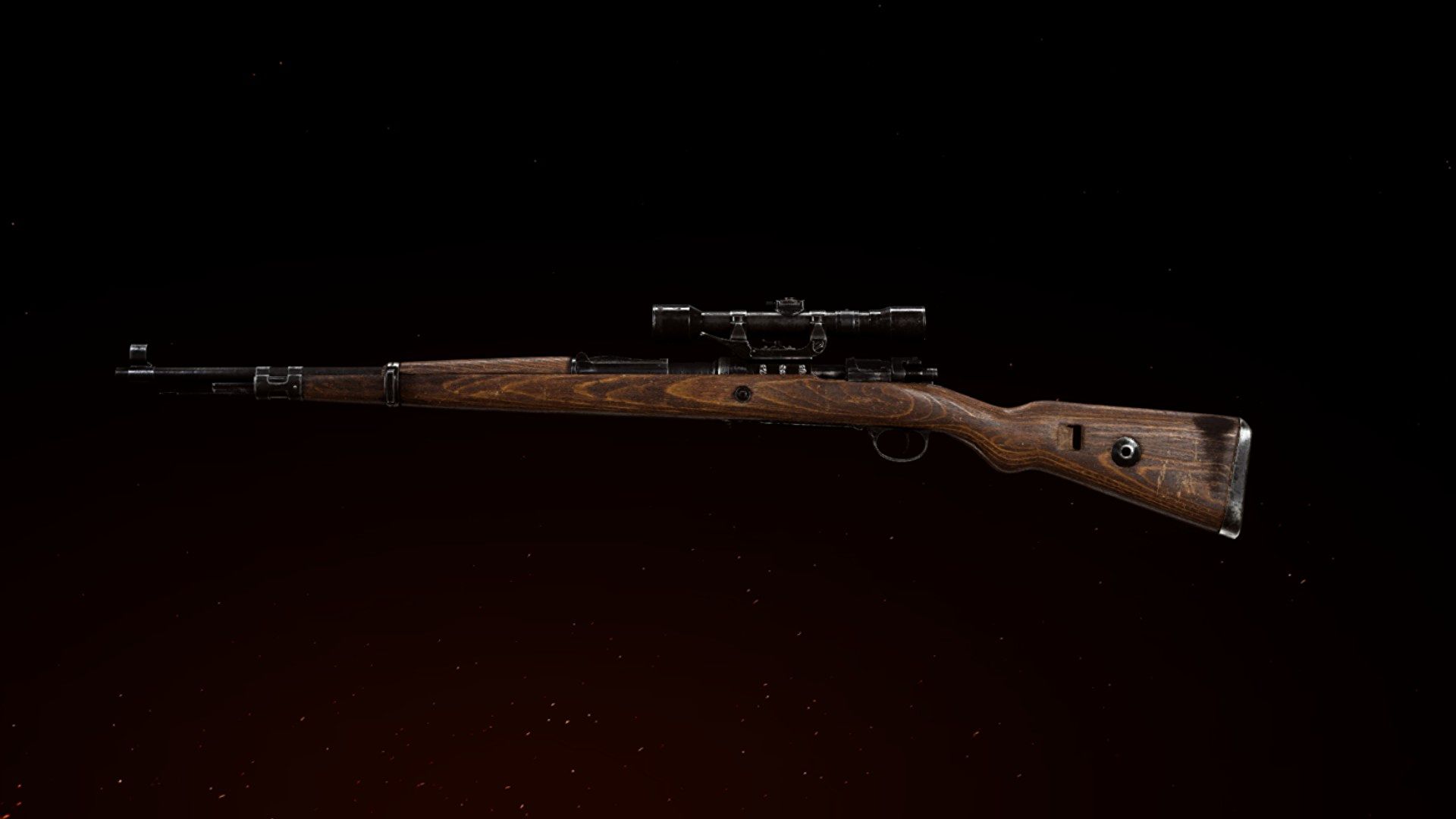 The Kar98K is a real-life standard-issue German infantry rifle. Accurate and deadly at long range, it also has its shortcomings due to its slow rate of fire due to its bolt action mechanism. It also has a scope version that turns the Kar98K into a formidable sniper rifle.

Found as the primary weapon of Axis during the beginning levels of Call of Duty and Call of Duty: United Offensive, it’s very powerful and accurate. For players who were good at headshots, this rifle could kill in one shot, with around three shots needed otherwise.

It was best used as a medium to a long-range option alongside being a good replacement for guns such as Mosin Nagant, M1 Garand and Lee Enfield. This I due to it being more readily available than Allied weapons overall.

In multiplayer, the Kar98K was issued to the German team in its standard configuration with its scoped variant available to both sides. Its powerful one hit-headshots are also carried over to multiplayer, with more shots needed for body and limb shots.

Only the scoped variant makes an appearance in Call of Duty: Vanguard, unfortunately. However, it’s still a standard-issue infantry weapon for Germans. It can be brought into any map via Create-A-Class for Zombies mode.

The Kar89K can also be found at any rarity in a Mystery Box for 950 essence. For upgrade fanatics, players can upgrade Kar98K via the ‘Pack-a-Punch machine to turn it into the ‘Dark Harvester’.

It has three mags with five rounds per mag in Call of Duty Vanguard, a significantly optimised weapon over its original appearances. It also has an unlock level of 43 and is classed as a primary sniper rifle weapon.