Journey was developed originally by Thatgamecompany to be a PS3 exclusive. It was released on March 13, 2012, via the PlayStation Network. In Journey, the player controls a mysterious robed figure in a vast desert, traveling towards a mountain in the far distance. Other players on the same journey can be discovered, and two players can meet and assist each other, but they cannot communicate via speech or text and cannot see each other’s names. Journey won several “game of the year” awards and received several other awards and nominations, including a Best Score Soundtrack for Visual Media nomination for the 2013 Grammy Awards. 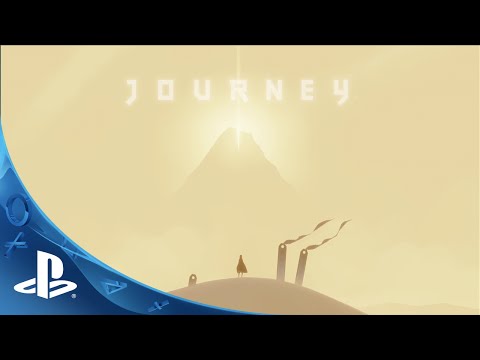 The Unfinished Swan was developed by Giant Sparrow for the PS3 and distributed over PSN. The game starts with a completely white space in which the player, a boy named Monroe, is chasing after a swan that has escaped a painting. No trailer was shown for this game but that might change soon. Armature Studio, the team behind Batman: Arkham Origins Blackgate, is developing the port of The Unfinished Swan.

Both Journey and The Unfinished Swan are expected to be out sometime this fall.