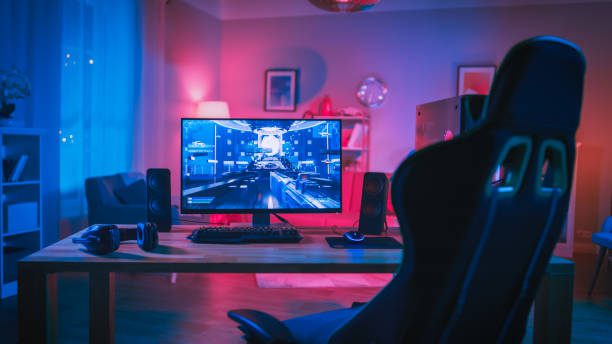 Internet Gaming Disorder – Should You be Worried?

It’s no secret that mainstream media love any excuse to get on the “Gaming is destroying our lives” band waggon, but the reality is that addiction is a beast with many faces. Everything should be enjoyed in moderation unless it is detrimental to one’s health, but what are the criteria that diagnose Internet Gaming Disorder?

According to the American Psychiatric Association (APA), Internet Gaming Disorder sufferers need to be displaying the following symptoms:

How are games made?

The above criteria seem to be well thought out, but some points are far too general to make an accurate diagnosis. Let’s take the preoccupation point for example, who isn’t preoccupied when playing a game? The very idea of playing a video game is to engross and occupy one’s self with the narrative, gameplay mechanics and visual joy of it all?

On the other hand, suffering any negative mental or physical effects from playing video games should not be ignored. From a slight headache to full-on anxiety attacks, seek medical attention if this is the case as soon as possible.

Shrugging off responsibility is part of being a child in many respects, but making sure the important things are covered is essential. Gamers regularly cutting school, martial arts practice or anything of the sort due to gaming should be receiving medical advice regarding addiction. As an adult, this is also important for obvious reasons, identifying a problem as soon as possible is so crucial.

It’s also fun to book a day off work and play through that new release that’s been anticipated for the last four years. What we’re trying to say is spats of this symptom are not a bad thing, but continuous displays of this behaviour aren’t healthy.

Having a late night to play a few video games isn’t a big deal and isn’t going to be detrimental. Making this a regular occurrence and having no control over one’s behaviour, however, is a big red flag.

Are games bad for you?

But to play devil’s advocate, children never want to stop doing a fun activity. It doesn’t matter if they have to stop gaming, go to bed or go and walk the dog, they won’t be happy until they’re back in their comfort zone.

Sometimes, people want to change plans if they just need a bit of downtime. But using that excuse or other excuses to play games for a little longer regularly is also a red flag. This sounds like we’re stating the obvious, but it can be hard to look inward and see a situation for what it really is through the lens of someone else.

Lying about how bad their situation is or being in denial of how the need to play video games is controlling their lives is a big detail to look out for. At this point, anyone with any form of addiction will tell lies and deceive professionals and loved ones to get what they need.

Like any form of addiction, it may cause your own loved ones or patients to lie to you about how their issues with gaming are going and may make out they’re coping and working on it better than they actually are.

Escapism is actually quite healthy. Taking on a new hobby, exercising, reading, listening to music, and of course, gaming is all great forms of escapism. It’s ok to take a break from reality for a couple of hours and chill out, but it’s when people start checking out from life at every opportunity. All of the above can become unhealthy quickly and is another sign of addiction in general.

Gaming should be enjoyed in moderation, as should all good things. If any of the above sounds familiar seek medical attention at the earliest opportunity.