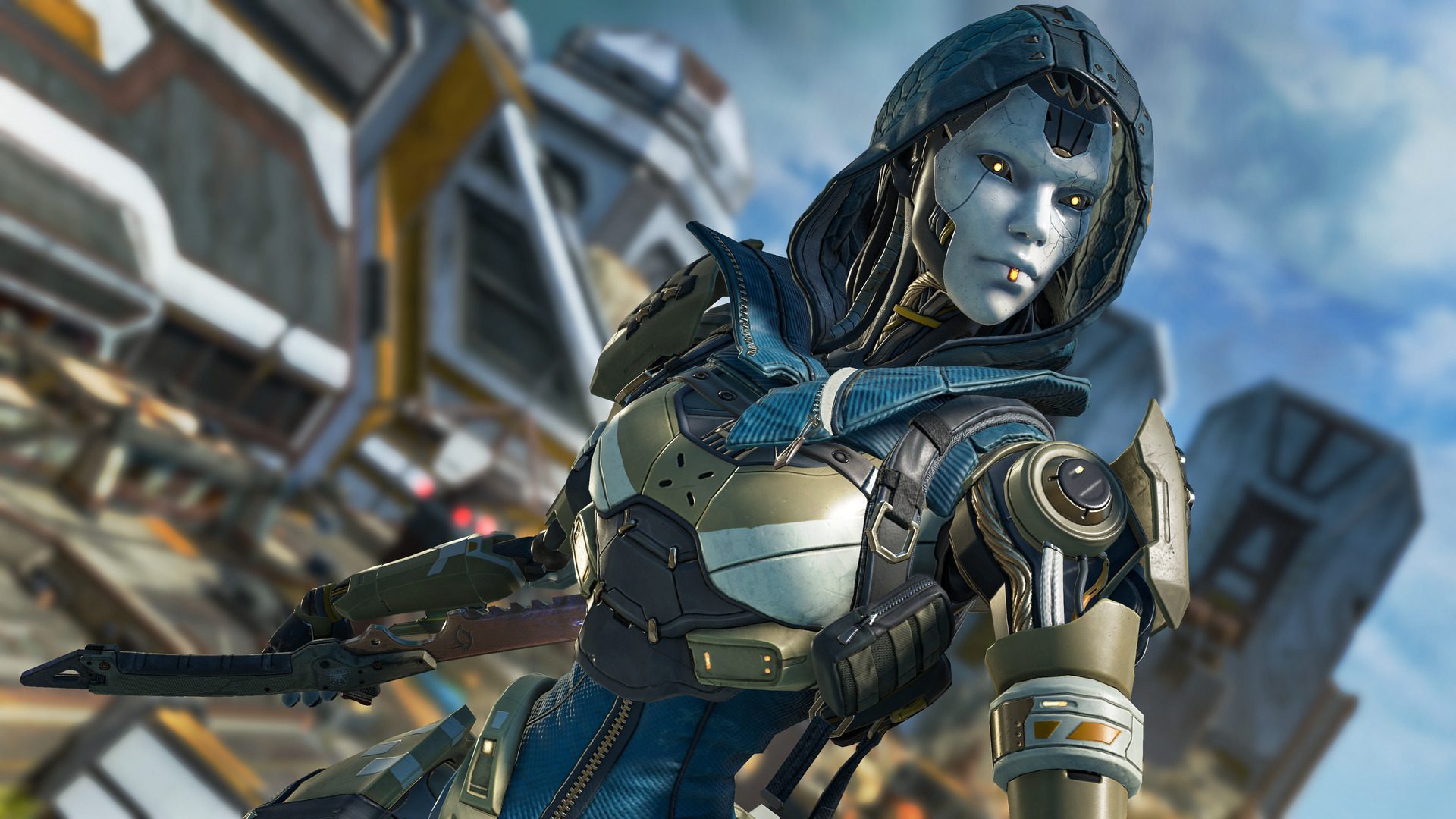 Ash is the latest Legend to appear in Apex Legends, arriving as part of the latest season, ‘Escape’.

She’s a returning character from Titanfall 2, previously appearing as a bossfight while piloting a Ronin titan. She’s also appeared in Apex Legends before, running the Arenas mode that was added a few seasons back.

Now she’s playable in the mainstay battle royale mode and looks to shake up the meta in a fairly huge way. She’s tailored to be much more aggressive than her other fellow Legends. Most of her abilities revolve around finding and initiating fights.

Here’s a quick guide on how to master Ash in Apex Legends.

Ash’s passive ability is known as ‘Marked for Death’ and it’s incredibly useful for tracking hotspots of where fights are happening around the map. Players of the game will know that ‘death boxes’ spawn when players die. They’re a neat way of collecting all of a players loot in one place upon death, as opposed to Warzone’s loot litter method.

Well, Ash’s passive ability allows her to see these death boxes on the map when they appear. This gives her and the squad plenty of information about where fights are happening around the map. Players can use this information to their advantage – are you in a position to pick that fight or should you give that area some space? The additional info might make Ash a must-pick for some teams looking to gain a competitive advantage.

The tactical ability ‘Arc Tether’ operates in a similar fashion to the Arc Star’s, but with a few tricks up their sleeve. They’re thrown in the same way as Arc stars and also deal a small amount of shock damage to enemy players.

However, when Arc Tether’s detonate, they latch onto nearby players and prevent them from moving around. If you can land one of these in a group of clumped up players, it will make taking them out in one fell swoop a breeze.

Likewise, the Arc Tether is something to keep in mind when going up against an enemy Ash. The minute that you spot one, you should make a conscious effort to not group up alongside your fellow squad members. If all of you get caught by a single Arc Tether, it will likely mean game over for you.

Ash’s ultimate ability ‘Phase Breach’ is similar to Wraith’s portal ability, but it’s intended to be used much more aggressively. Using the ultimate will open up an instantaneous portal within Ash’s line of sight. Ash will then teleport directly in that direction with her squad able to follow behind her.

However, this portal is a one-way affair. Unlike Wraith’s portal, which can cover a much farther distance, Ash’s portal can only be travelled through in one direction. It’s intended to be used as a method of getting into a fight quickly rather than escaping one.

You’ll want to think carefully about how you use this portal, though. Creating it results in some loud audio and visual effects, so it’s far from a stealthy approach. Enemy squads will be able to hear where you’re coming from, so it’s best to remain quiet and use this as an initiation method right at the last second.

Ash is arriving as part of the new season for Apex Legends. Also included in the season is a brand new map and the C.A.R. SMG, which is also from Titanfall. The new season will begin on November 2nd and will be free to download for all players.

Do you think you’ll be playing as Ash in Apex Legends? Let us know across our social channels.