New trailer for Devolver Digital’s Hotline Miami 2: Wrong Number just released. The trailer is titled Dial Tone and it features new weapons that will be of use. For instance we have dual-wielded SMGs and even one-handed shotguns this time around. From looking at the trailer, the sequel to Hotline Miami is sticking with it’s same style of violence and fast pace action.

Hotline Miami 2: Wrong Number actually takes place in both before the first title and after. With a new movement of masked vigilantism  sweeping over Miami, Florida, the game will use different characters to tell the whole story. Keeping the same gameplay as the original title, the upcoming Hotline Miami 2: Wrong Number will feature a new hard mode.

To access the hard mode within each level, players will have to earn at least a C+. Much like the title describes, hard mode makes the levels more difficult to pass through and will take away certain abilities from the player. 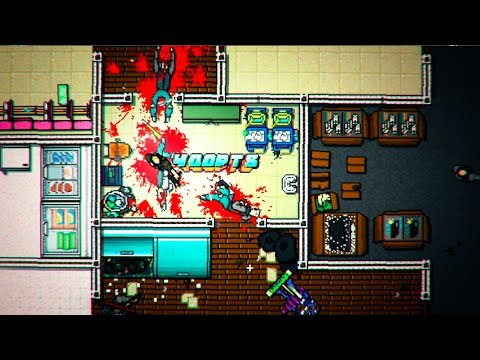