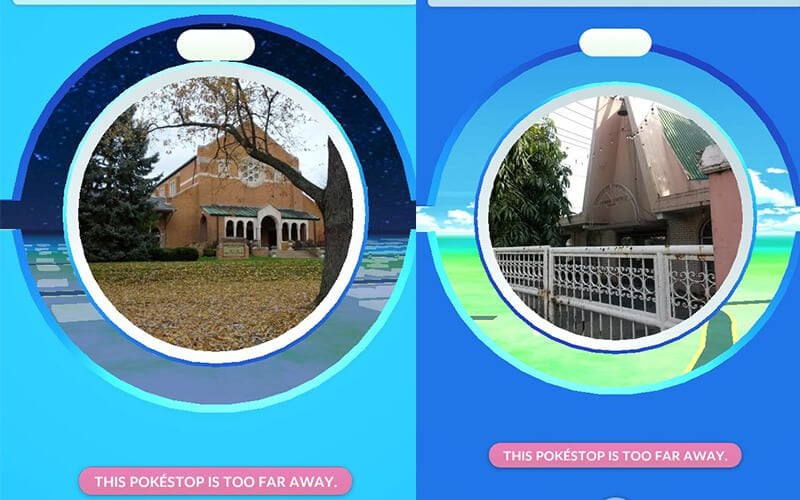 Pokémon Go has been in the news for various reasons like battery draining and trespassing warnings from police stations since its launch earlier this month.

Now players have discovered that the game is trying to send them to the church, and it’s definitely awkward for the non-religious people.

More than half of the landmarks of Pokémon Go are churches, and the players are being sent to collect some items and monsters over there. Players are actually surprised by the game’s strange gameplay which also apparently has a religious touch to it.

A lot of players have voiced their thoughts as jokes on this matter on social media. Here are some of the tweets of the players across the world:

My first two pokestops on Pokemon Go were at a church and thought God was telling me something. Then my 3rd was KFC and I knew he was right

you want me to go to church? #PokemonGOpic.twitter.com/WV6cMhSzzL

Actual photo of me lowkey trying to catch Pokemon around a church. #gottacatchthemall#PokemonGOpic.twitter.com/kepRui6Hlq

My nearest gym is a CHURCH. I’m gonna be praying a lot more often 🙏🏼 #PokemonGO

#PokemonGO literally telling me to go to church

This game is trying to make me go to church #pokemongopic.twitter.com/h3SX4uHMNE

I haven’t been to church in years #PokemonGOpic.twitter.com/vrDY9zCebn

Our first Pokemon GO gym is at the local church. pic.twitter.com/rEAwDWAAnn

walked to a spooky church at 3am to catch pokemon. pokemon go has changed everything 10/10 would recommend

nice try pokemon go but you cant make me go to church pic.twitter.com/E3zjP1BFzf