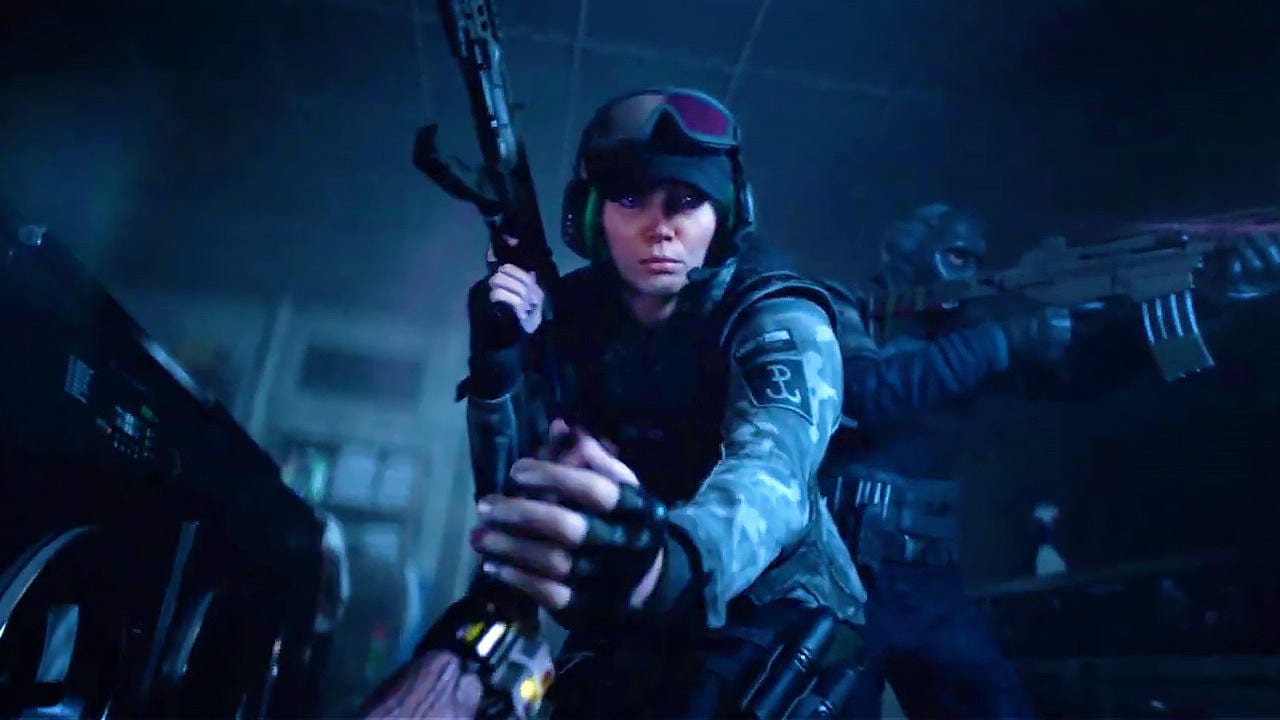 Rainbow Six Siege is one of the most popular games in recent years and fans can’t wait for Ubisoft’s next instalment. Quarantine will be here soon (in more ways than one) and we’re absolutely ready for it.

There hasn’t been a lot of information surrounding this highly anticipated sequel. The newest trailer confirms that you’ll definitely be dealing with some sinister forces…

Here’s everything we know so far.

Will There Be A Multiplayer Mode in Rainbow Six Quarantine?

Unlike its predecessor Rainbow Six Siege, Quarantine won’t be going down the PvP route. Instead, it’s going to be a cooperative experience. This will band groups of three players against the environment and AI enemies in a PvE (Player v Environment) mode.

We’re interested to see how a group of three operators is going to work together with their abilities. It’s rumoured that gadgets and abilities are going to be the same in this mode. We think this will definitely lead to some interesting combinations.

A Dev update posted on the Ubisoft North America YouTube channel claims that the popular gun mechanics from Siege are going to be carried over to Quarantine.

This is great for current fans of the Rainbow Six franchise. It also means that new fans of the game will be able to quickly pick up the skills needed to become expert players in no time at all.

What Does Operation Chimera Have To Do With Quarantine?

The Outbreak event in Operation Chimera introduced PvE gaming to the franchise. It featured teams of three players working together to stop an alien biohazard pathogen spreading across the globe.

Despite Quarantine’s similarities to Operation Chimera, there’s no official confirmation yet that the two are linked in any way.

When Can I Play It?

There’s no official release date yet, sadly. But Rainbow Six Quarantine is expected to release on Xbox One, PlayStation 4, and PC sometime in early 2020.