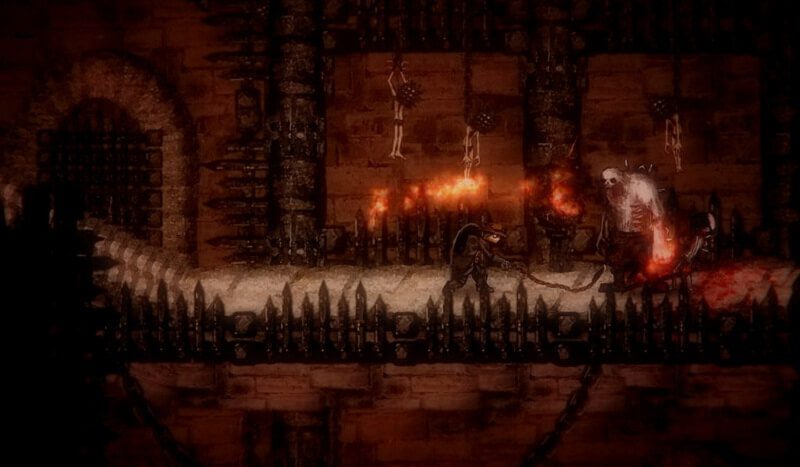 There have been a lot of games who launched themselves as the 2D version of Dark Souls but none of them has been able to match the game’s quality until Salt and Sanctuary released. It is the only game that can make a valid claim as being a true spiritual version fo Dark Souls in the form of a 2D platformer.

The game is developed by Ska Studios, an independent studio which gave us games like Dishwasher and Zombie Smashers. The studio, which mainly comprises of the couple James and Michelle Silva was working on Salt and Sanctuary quietly for the last couple of years.

The game has a lot of similarities with Dark Souls in terms of difficulty level. You’ll be pitted against some impossible oppositions and situations where you’ll die a lot. There will be something unexpected on your way throughout the game.

The game begins with a royal guard (you) waking up in a mysterious island full of monsters from where he needs to save the princess and take her back home to get her married. Her royal marriage will bring peace to the land which has been engulfed in war.

Although the game is in 2D, it has given us some new options. A proper jump button has been provided with which we can hop around our enemies and avoid their attacks. There’s also an option to roll forward and back past the enemies in the game.

Like the studio’s previous games, you can throw the enemies into the air and attack them while they are unable to fight back.

Salt and Sanctuary is a very dynamic, fast and fluent game which makes it more like Bloodborne.

Here are some features of the game compared to Dark Souls.

Although the game is based on Dark Souls, it has a lot to offer of its own and this makes it a wonderful game to play. Another beauty of the game is that you keep growing in the game and are not stuck at a particular build. You can become an assassin like character who uses arrows and magic from a simple spear-wielding soldier.

Salt and Sanctuary has released on PlayStation 4 and Vita platforms right now and the PC version is on its way.