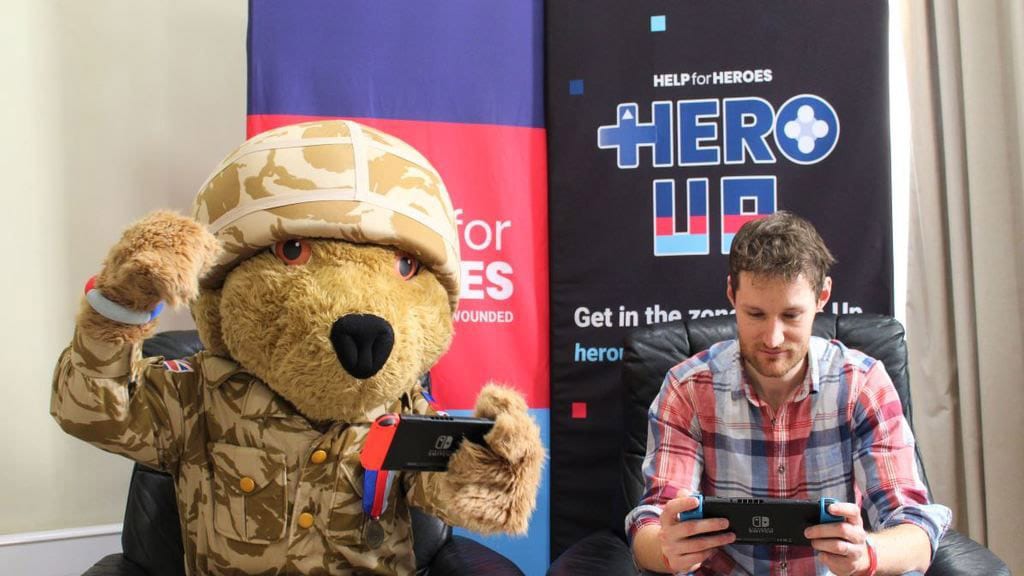 War is usually a hot topic for video games – just ask any Call of Duty or Battlefield fan. But all too often, video games miss the differences between fiction and reality. Help for Heroes is on a mission to change that.

Of course, we think a state of national peace is pretty ideal. It’s important to remember though that the consequences of war are far-reaching – national peace can often lead to a steady drop in people raising money to support veterans services.

And that’s where video games are coming in! Help for Heroes has launched a brand new fundraising initiative called ‘Hero Up’ to help wounded veterans and their families.

If you’re playing games anyway, you might as well make it for a good cause. You can sign up and take part any time that suits you, and best of all, you’ll be raising money for wounded veterans whilst playing your favourite games!

If you fancy it, it couldn’t be more simple to take part. Plus, you’ll get a bunch of goodies – personalised Twitch frames, badges for social media, posters to let everyone know when you’re taking part, and why, and, most importantly, feel-good vibes.

Why Is Help For Heroes Turning To Gaming?

Sarah Jones, Help for Heroes’ head of psychological wellbeing said to GamesRadar+: “many veterans find video games to be a really helpful kind of distraction technique”. She claims that Help for Heroes has seen “increasing referrals for psychological support, and it’s not going down”. Which is why we think the Hero Up campaign is such a great idea!

Not only does it raise money for charity, but it also raises awareness of a charity that the younger generation might not even think that much about. Which is why streaming is such a good idea – last week, Help for Heroes did a 48-hour live stream, all to try and raise money and push the vital work they do back into the centre of a national conversation.

Streaming video games can be a great way to raise money for charity. In 2019, online gamer HBomberGuy tried to complete the infamous Donkey Kong 64 to raise money for British transgender charity organization Mermaids. There’s also fantastic initiatives like Extra Life and Games Done Quick, which raise millions for charities across the non-profit sector.

As Help for Heroes’ head of fundraising, Andy Johnson-Creek, says: “PTSD isn’t something which just goes away overnight”. You can do your bit to help by just booting up your streaming accounts and playing whatever you fancy (although it might be best to stay clear of CoD, if you ask us).