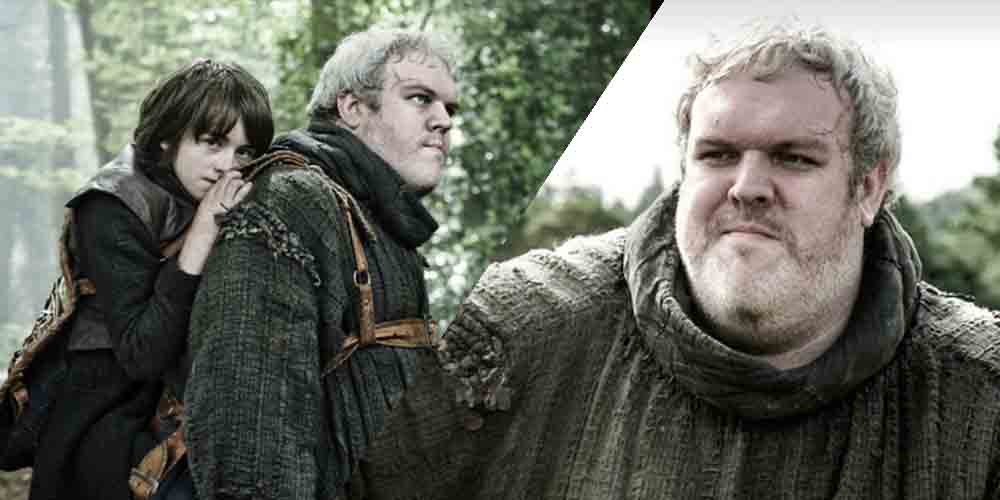 April is going to be a very bittersweet month, our excitement for the big Game of Thrones finale will quickly turn to sadness that it’s over and then we’ll all be lost.

Plot details have remained very hush hush, though one thing we can be pretty sure of, is that a lot of people are going to die.

Despite that, a new theory about our beloved Hodor who we tragically lost in season six, is the one that has gotten us feeling an awful lot of emotions.

GoT said goodbye to Hodor (played by Kristian Nairn) way back in season six. After he did a stellar job of keeping Bran Stark safe he finally fell victim to one of the most tragic deaths on the show.

After Bran discovered exactly how the Knight King was born the group were ambushed by Wights. Hodor saved the group, keeping the creatures out as the group escaped before meeting a pretty gruesome end.

Now a theory has picked up traction on Reddit, put forward by Bigyeezytime who speculates that Hodor could have been turned into a Wight himself.

They wrote: “When he was killed by the wights, his body was never burned.

“Hodor has probably risen again as a Wight and we are going to see him fight against the Starks in season eight.”

Katakuri-Sama commented on the thread: “Yes we will see him as a Wight and I will cry Hodor.”

It’s not an unreasonable assumption. Seeing Jon Snow have some kind of showdown with a converted Hodor would make for a very harrowing scene.

It recently emerged that the most recent trailer for Game of Thrones season 8 was actually intended to trick us all.

Speaking at New York Comic Con, Sophie Turner played down the relevance of the clip which sees the trio of Jon, Arya and Sansa walking through the Stark crypts together.

“We did this promo for season eight where—I don’t know if I can say this, actually. Well, actually, no,’ Sophie said.

“It’s got nothing to do with the series; it’s just a promo. It was this big kind of statue of me, of Sansa, and I wanted to have it in the garden of my new house. But they obviously wouldn’t ship it from Belfast to New York, so…”