Sony’s PlayStation Access channel via YouTube has uploaded a video showcasing the virtual reality headset known as Project Morpheus. The device so far looks incredible and we can’t wait to see what types of video games and content is released for the device. However, Sony will admit that there’s no idea for a release date as of yet.

The virtual reality headset from Sony was showcased on the PlayStation Access channel where it shows off some of the technology and prototype video games.

From the video we learn that Sony is looking to make Project Morpheus a unit that is not only made for everyone but simple to understand and use.

Simon Benson, Sony’s director of worldwide studios immerse technology group, spoke of how Sony themselves is still learning new ways and ideas in terms of how the technology can work. Benson stated that as of right now the company is announcing the prototype device to get feedback.

Because the technology is so new, creating and playing games is different compared to the conventional video games we’re use to on consoles. Internal studios are currently working with the device to bring out the best possible video games for Project Morpheus.

Lastly, the device will be ready when it’s ready. So no release date or time frame announced quite yet but we’ll likely hear more details during Sony’s press conference during this year’s E3. 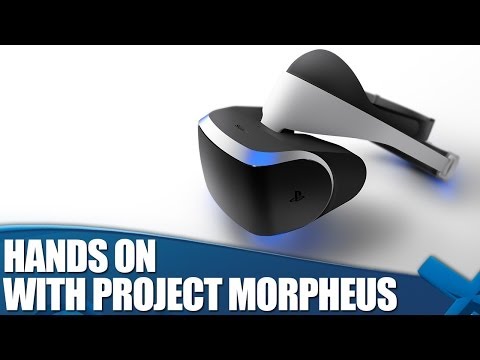