Professional skydiver Jeff Provezano was roped in by Nvidia to promote its latest product. The skydiver jumped off an airplane and played video game at 10000 feet while descending to earth.

This was a move to publicize its new Nvidia Shield Android and it sure looked unique and interesting.

It might have been the craziest videogame related campaign in recent times. Not a bad way to kick off your new product into the market.

Provezano and his cat landed safely after he was dropped out of the aircraft in a living room setup playing games.

The setup on the other hand breaks on the impact, falling on the ground. The cat, however was not involved in the stunt as Nvidia noted “no animals were harmed” in the filming.

The stunt done by the skydiving professional was to promote the Nvidia Shield Android TV box. The Android TV box is up for sale at $200.

Obviously, we would advise against you trying to pull off a similar stunt as it might result in more than just breaking off a few bones.

There might not be a you left to play any more games as you crash to the ground. Nonetheless, pretty cool marketing gimmick. 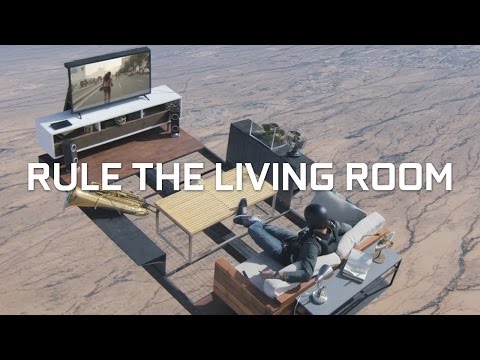