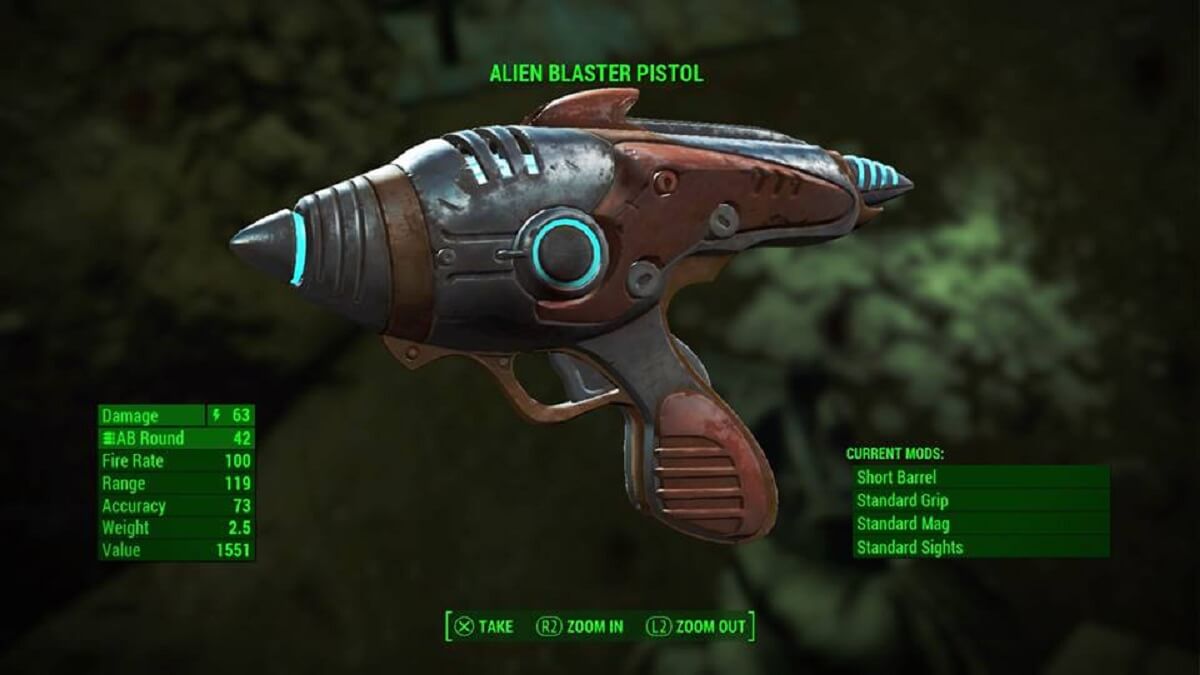 There are over 30 exceptional weapons and a lot more guns hidden in secret locations in Fallout 4.

The Alien Blaster Pistol is a highly secret weapon which you can find on the map after searching a little.

Here’s how you can get your hands on the Alien Blaster Pistol.

At first you need to travel to the Oberland Station and then head east and turn left. You’ll see burning trees. Here’s the location in the Pip-Boy screen.

A crater, scorch marks and a crashed spaceship will be seen amid the burning trees. You should proceed to this area.

Then after reaching this area…

A crater, scorch marks and a crashed spaceship will be seen amid the burning trees. You should proceed to this area.

When you reach the place you’ll see green blood on the ground which you need to follow till a cave. You’ll see more green blood when you follow the ridge of the spaceship over to the hillock into the cave you’ll see.

There will be a wounded alien inside the cave. It’ll not be so difficult to kill him. Kill him and grab his weapon, you have got your hands on the Alien Blaster Pistol.

The damage of this pistol varies according to the levels and perks. The minimum base damage is 50 and its ammo is AB rounds, which is a little hard to find.