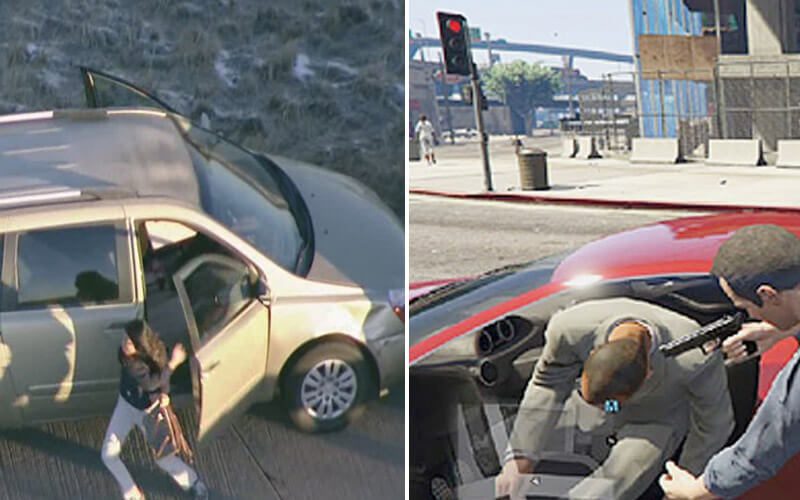 If you’re like me and wondered how realistic GTA is regarding carjacking and high speed chases, we aren’t alone. One guy learnt the hard way how far from real GTA is.

The story begins on an average morning at a gas station in Colorado. A red Ford Edge was left running and a certain individual took his opportunity, jumped in and headed on his way.

Unfortunately for all parties involved, a four year old boy was sat in the back of the car, bumping up the crime from carjacking to kidnapping. Naturally, the authorities were called and police were swiftly dispatched to catch up to the thief.

Investigators identified the man as Ryan Stone and the car was spotted along Interstate 25 in Thornton shortly after.

Not a mug you’d ever create in-game:

When the police managed to follow his trail and catch up, Stone tried to shake them by driving off the highway and speeding through several neighborhoods before returning to the highway.

This is where things started taking a turn for the worse, instead of keeping his current vehicle, Stone used the minivan to block off a gold minivan (a classic GTA tactic) and dragged the driver out.

Leaving the child behind, he began to drive dangerously, hitting higher speeds and driving into oncoming traffic. The whole chase was being broadcast live and reporters began to fear for everyone’s lives.

Stone made another attempt to steal another car, a silver BMW, but was unable to gain access. He jumped back into his damaged minivan for a short while before deciding it was a good idea to go on foot.

Luckily, the police caught him. Seriously, has he never watched Cops? Going on foot is never a good idea. Stone faces multiple charges, including first-degree assault, attempted manslaughter and child abuse, which amounted to a huge sentence of 160 years.

Here are the highlights from the chase: 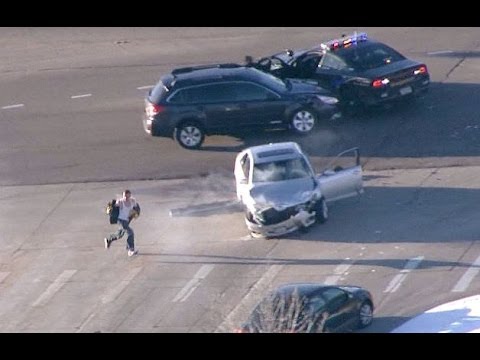 All that was missing was a huge gunfight, having S.W.A.T involved, a huge trail of destruction and bodies in his wake, super cars and of course, the bad guy getting away by hiding in an alleyway and this would have been real life GTA.