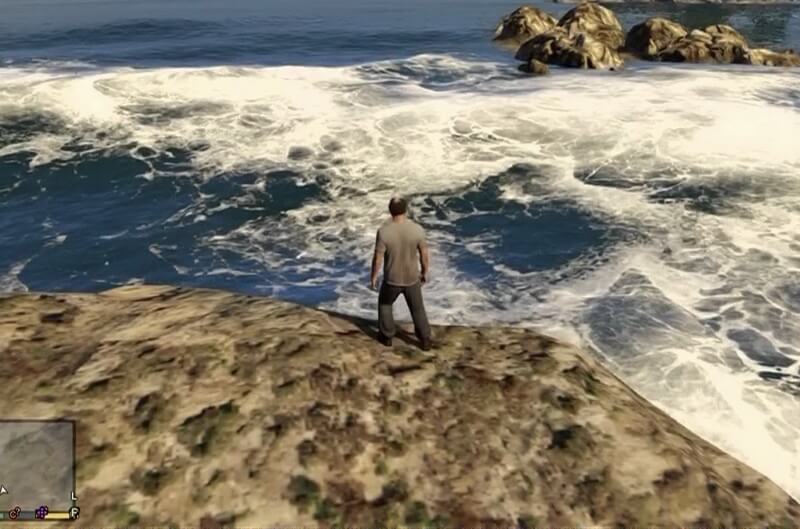 One of the oldest GTA V mysteries is the one involving the El Gordo lighthouse. There’s not a person in sight near this lighthouse except for a single house nearby.

That house is the resident of a deranged women who murmurs really strange things if you go and try to speak with her. There’s been many rumors about the lighthouse with different players reporting different occurrences when being there.

These range from people claiming to see ghost ships sailing nearby the lighthouse to seeing a ghost of a lady. Others have claimed to have seen a spirit of a old man who was apparently murdered by the lady living in the house.

A youtuber called It’s Tiny Troll has decided that merely statements won’t be enough to uncover the mystery about this lighthouse, and he decided to spend an entire night at the location and record his findings.

What he found is honestly very disturbing.

To start off, he noticed that the lights of the nearby house where the mentally challenged lady resided switched on and off by themselves. When he went to inspect closer he couldn’t find anything else.

However, he also spotted what looked like a man near the lighthouse during one of the power outages. It’s not clear who the person was or if he wasn’t a person at all but a ghost.

The video is seriously interesting and it appears the area is haunted indeed by the looks of it. Check it out.